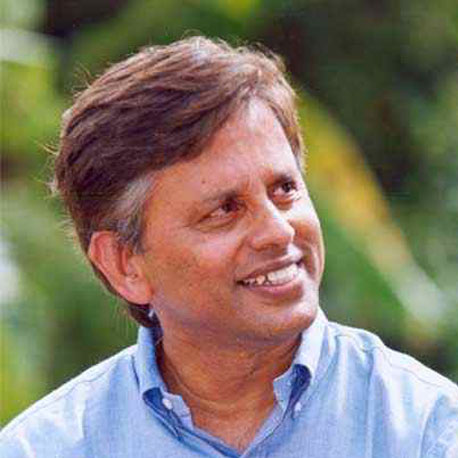 Dr. Abraham George is widely known for his highly acclaimed recent book, India Untouched: The Forgotten Face of Rural Poverty. Currently he is Chairman of eMedexOnline LLC, a medical diagnostic software company in New Jersey, USA. Formerly, he was a Vice-Chairman at SunGard Data Systems, a U.S. Fortune 500 computer software company. Between 1976 and 1998, he was Chairman and CEO of Multinational Computer Models, Inc. (MCM), a company he founded, and a Managing Director at Credit Suisse First Boston, a global investment bank.

In 1995, George founded The George Foundation (TGF), a non-profit organization based in Bangalore, India, that is dedicated to the welfare of economically and socially disadvantaged people. His Foundation has initiated several projects in poverty alleviation, education, health, environment and the arts, which are described in the web site www.tgfworld.org. His keen interest in promoting democratic institutions and values led to the creation of the Indian Institute of Journalism & New Media (IIJNM).

George holds an MBA, MS and PhD in business administration from the Stern School of Business, New York University. He is the author of three other books and numerous publications in the field of international finance, and edited a major publication on “Lead Poisoning: Prevention & Treatment”.

George is the founder and president of IIJNM. He has co-designed and lectured on several areas — International News, Economic Development and Business & Financial Reporting.