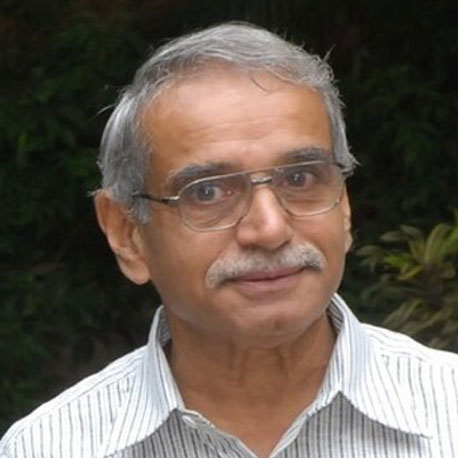 Nagesh Hegde is an Assistant Editor with Prajavani, a leading Kannada daily and a widely respected writer on environmental issues. He has handled important assignments for the newspaper, besides being deputed to cover the Earth Summit at Rio de Janeiro.

Hegde has a Master’s Degree in Environmental Sciences from the Jawaharlal Nehru University, New Delhi. In fact, he was among the first batch of students to get this degree in India. He was also the first to be appointed as an Assistant Professor to teach Environmental Geoscience in Kumaon University, Nainital.

Hegde’s work on India’s iron ore export was debated in the Indian Parliament just prior to the infamous Emergency. During the heyday of environmental movements in Karnataka, Hegde’s writings were cited frequently and many of his articles have become textbook lessons. He has also travelled in the US, UK, Italy, Portugal and Kenya lecturing on environmental issues. He has also worked for popularising science among rural communities.

Hegde has won many literary and environmental awards including the “Outstanding Environmental Journalist” award by the PRSI (Public Relations Society of India) and recently a similar one by the Karnataka Government.

At IIJNM, Mr Hegde not only teaches Environmental Reporting, but also Rural Reporting and Covering Religious and Social Issues.