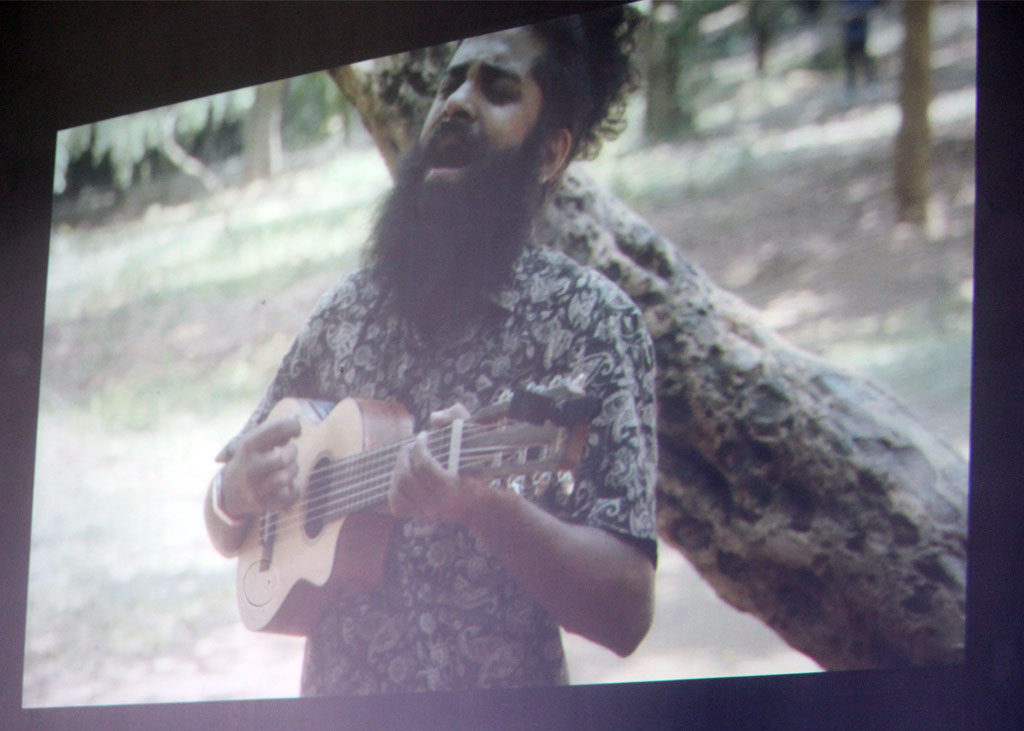 At a talk conducted at the Indian Institute of Journalism and New Media, Yash and Natasha from Art in Transit spoke about the Festival of Stories which will be held in the month of December (1-21). The event will be staged in Cubbon Park, Chickpette and Peenya.

The ideology behind the Festival of Stories is that the “public is a constructive identity”. The festival uses space and art to define and deliberate the political and social issues of particular area. “Every time there are new groups joining; there’s a new vision, a new principle, new teams” said Yash, who is a sculptor. This ever-expanding and dynamic nature of the project reflects the public spaces that become the artists’ canvas. The artists collaborate with various organizations, and sometimes take funds from CSRs, the Government and the BMRCL.

The artists divide their work according to four aspects: the state based on which they discuss and broaden ideas, the public for whom they make an intervention of a minute to eight, the institution (Srishti) which provides them with the lab, and the community as a whole body.

The Festival of Stories will be a way to “generate conversations about the city”, said Natasha who is an artist herself. The concept came from the idea of doing something with a public space, and generating conversation around the city in order to approach issues through a more constructive manner.

The seventh annual event which is to be held from the 1st to 21st of December will be a three-weekend festival. It will include workshops, art walks/talks, eight minute project, and meet the artist.