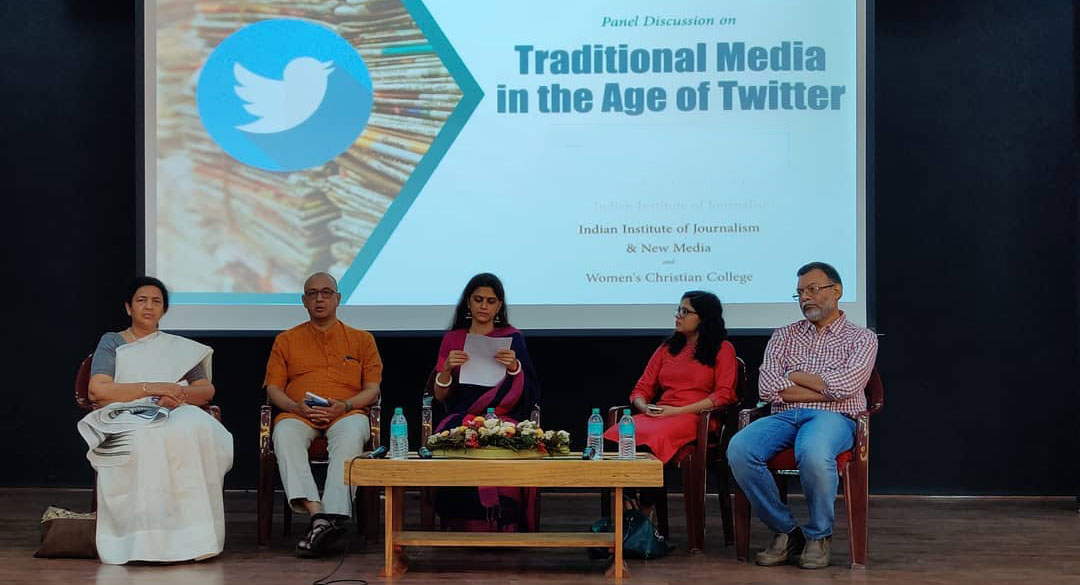 Topic: Neutrality and Journalism in a Polarised World

Points of discussion:
How do you define ‘neutrality’ with regard to journalism?
Is neutrality a mere illusion or is it possible to be truly ‘neutral’ as a journalist?
Putting out a ‘balanced’ story: tackling own biases while reporting a story

K.S. Dakshina Murthy was a key member of the Editorial team that launched the English language version of the Al-Jazeera news website in 2003. Based in Doha, he wrote extensively on the US invasion of Iraq and West Asian politics. He returned to India in April 2006 to pursue other journalistic and allied interests.

Dakshina Murthy, who teaches Covering International News, Science & Technology and Political Reporting at IIJNM, started his career with Sunday Mid-Day in Bangalore in 1983 and went on to work for several media houses, including The Indian Express, The Press Trust of India, Deccan Herald and the Hindustan Times.

He is Managing Editor at The Federal news website, and writes for prominent publications in India and abroad besides involvement in other media-related work.
Dakshina Murthy is the author of ‘The Anopheles Sting’, a book of fiction, published in 2013 by Dronequill.

Maya Sharma has been a television journalist for over 30 years – as reporter, anchor and documentary film maker. She teaches broadcast skills at IIJNM.

Maya was part of the pioneering live telecast of election results in India in 1989 conducted by NDTV and Doordarshan, followed by extensive political reporting in all the southern states.
As a television reporter, Maya has covered major news stories ranging from the devastation of the 2004 tsunami, the Mangalore air crash, the crimes and death of Veerappan, floods in Karnataka and Kerala, farmer distress and different aspects of the Covid 19 pandemic.

Maya’s international assignments include the swearing in of Nelson Mandela in Pretoria, South Africa in 1994. She has also reported from Malaysia on the ASEAN summit, from Hong Kong, Brazil, South Africa, USA and the Czech Republic on annual international educational events. She has also reported from the Occupy Wall Street protests in New York and Washington.

Paul Oommen, an IIJNM alumnus, is The News Minute’s Hyderabad bureau chief. He handles a team of reporters who cover news from Andhra Pradesh and Telangana. His role allows him to travel across the Telugu states to bring out special reports not restricting him to a particular beat. From reporting on macabre crimes to working on investigating stories and ground reports to unveiling important angles to regular stories, Paul loves to head to where the story is unfolding.

Rishika Sadam, an IIJNM alumnus, is a Special Correspondent with ThePrint and heads the bureau for Telangana and Andhra Pradesh. She had previously worked with CNNNews18 and Reuters and has over 8 years of experience. Some of her major stories, such as one from Andhra’s burial grounds, has exposed the fudged Covid death toll in state, her work from states’ remote tribal areas from villages without roads or exploitation of tourism has prompted officials’ reactions.