How do I become a professional journalist?

Be a Professional Journalist

Journalism is a crucial element in the social, political and cultural system of a society. To become a professional journalist, one has to have an innate hunger to search beyond what might appear on the surface, and possess the integrity to reveal the truth, besides writing clearly and comprehensively.

Having trained and placed many students in mainstream journalism for decades, we have listed 10 qualities to become a successful and reputed journalist.

Curiosity: Curiosity to know more and delve deep into what seems exciting on the surface is the true spirit of journalism. You should be hungry and ready to learn, explore and experience things differently.

Creativity: Stories sell, but creative ones sell better. Creating interesting stories beyond bland news and facts is an art every journalist must master.

Writing Skills: It is one of the primary aspects of being a journalist. An ability to write simply and clearly so that the right message is conveyed is essential. A popular example of how words can play havoc is Shashi Tharoor’s vocabulary. It is undoubtedly one of the best, but unfortunately, it is not often understood by the common man.

Honesty: Indeed. Honesty and integrity are crucial to being a professional in any genre, more so as a journalist. The world is listening to your every word.

Tirelessness: The search for truth needs to be tireless. Delving deep into the abyss of every matter is the primary responsibility of a journalist.

Boldness: Speak up and speak fearlessly. The journey of a journalist is about seeking and beholding the truth without any undue influence or bias.

Courteous: Be courteous to people who help you every step of the way. Simple courtesies such as ‘thank you’ go a long way in maintaining relationships with people.

Compassionate: Be sensitive to people’s feelings and emotions. Journalism is about humanity, and compassion is what makes us more human in a world driven by machines today.

Humility with pride: It is important to remain grounded. Down to earth, yet be proud of being who you are. Ravish Kumar who is a classic example of speaking his mind with facts in place is humble yet.

Precision: ‘All that glitters is not gold’. The quest for truth should be backed by verification. Verify everything you see or hear. Rumors should not make their way to the public through a journalist. Be sure to verify every detail when writing about a news item or a feature.

Journalism has gone through immense changes, and the advent of the internet had made news viral. This environment makes reporting even more challenging. The growth of the internet and social media has opened up new avenues for people to access news. Journalists can use any medium to reach out to the world.

With the dwindling attention span of the reader, it becomes critical for journalists to grab the attention of the audience using appealing headlines and crisp writing style.

In choosing journalism as a career option, it is important to have the correct knowledge of the various types of journalism; it is crucial to understand your niche. Let’s get to this now!

Investigative: If you have it in you to dig up the facts, then investigative journalism is just for you. It can be at a particular event, subject or person. You get down to the facts, get the proofs in hand, verify and present it to the public. It is only because of investigative journalism that scams have become public. The benchmark was set in the Watergate scandal by Bob Woodward and Carl Bernstein. Tehelka, LankeshPatrike, Citizen Matters are all examples in digital and print media that have changed the way journalism functions through investigation.

Analytic Journalism: This is an amalgamation of Investigative and Exploratory journalism.

Backpack Journalism: As the name suggests, this form of journalism requires that the journalist covers a story fully and successfully. Along with being an expert in writing, exploring and researching, the journalist must also be able to capture the right emotions and relevant cues for his/her story, and also be a good videographer, to ensure that there is evidence for every story narrated and that the path-breaking points are not missed out. Also, good editing skills are a must when it comes to Backpack Journalism so that the stories remain stories and not become novels.

News: News journalism is a presentation of facts. News comprises the headline and a few details to make the viewer aware of the facts. The presentation is accurate, straight forward and not biased. It does not involve questioning or in-depth analysis as it mainly states facts.

Reviews: These are partly factual and partly opinion based. Influencers use these to cast their views on various subjects and products across media. Lately, with the introduction of new media, internet reviews can make or break a product to a large extent. The audience looks for credibility in a product or service through impactful and relatable reviews. Drafting the perfect review is not an easy task.

Columns: Columns belong to writers. They are free to write on any subject and take the tone they wish to. It can be humorous or serious. The writer can dwell into the depth and create curiosity amongst others. The prime requirement to be a columnist is to be an SME – Subject Matter Expert.

Feature Writing: Feature Writing gives space for depth and interpretation of the topic selected. It might be an event, people or current trends. The prime focus in feature articles is thorough research of the subject. The features take you behind the news with bare eyes. You get a peek into what happens behind the scenes. The feature is significant in length and should involve the reader by stimulation of head, heart, and senses.

*NOTE: There are many other new types of journalism, but they fall under one of the above categories in some way or the other.

Journalism is a diverse field with a variety of genres to cater to. We have listed them so it helps you make an informed decision. Below are the types of journalism.

Print Journalism: This is the oldest form of journalism and has existed from ancient times. Print Journalism is by far the most impactful, the reminiscences of which remain in the minds of people forever. Writing for newspaper or magazine, and being a print journalist is a highly responsible job as the content cannot be changed once printed. They are often accompanied by images by photojournalists.

Multimedia Online Journalism: Invasion of multimedia has increased the pace of journalism. The news gets uploaded over the web and traverses to millions of smart phones and PCs in seconds. With this speed, multimedia journalism is growing leaps and bounds and is thus challenging for the journalists.

Earlier in the days, being a journalist was referred to as the scariest and the riskiest job, but now people feel safe as journalists have power and support their organizations give them.

It takes courage and perseverance to achieve a feat in any space; in journalism it is all of it plus the grit and determination to head steadfast without withering away. 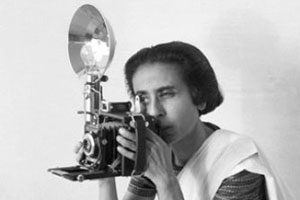 What makes them the best? Is it the good writing skills or getting the news right? Or is it the presentation of the news? Of course, all the above but along with it is the passion for reporting the story right as they happen, persistence when it comes to stating the facts, and compassion while reporting on tragedies. Journalism is an inward journey of challenging yourself at every step while communicating the news.

We have carefully chosen some of the greatest journalists of all times to help you have an ideal role model for your career as a journalist.

Homai Vyarawalla: India’s first female photojournalist. When the country’s social set-up deprived women of basic rights to live, there was one woman who dared to venture into the men’s world and worked with the then political bigwigs. She has captured some telling moments of Indian political history. 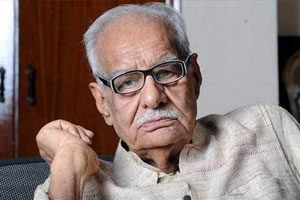 Kuldeep Nayyar: An ardent, fearless journalist who wrote and worked on the bilateral relationship between India and Pakistan. He is the author of at least 15 books and has witnessed India’s struggle for freedom, partition, political changes to modern times. There is an award in his name which is to be conferred to the best journalist. The recipient of this award is our next best journalist- Ravish Kumar.

Prannoy Roy: Prannoy Roy, known from the ‘The World This Week,’ is one of the first people to get on to the wagon of news broadcast change in India. With his innate ability to translate complicated facts of election politics and budget numbers, he made India aware of the changing facts. He has mentored a generation of journalists via NDTV.

Vikram Chandra: Vikram Chandra is one of the known faces of News for Big Fight, 9 o’ clock news, and Reality Check. He is reputed for his coverage of Kashmir, Kargil, and national politics. This is not all; he is the face of “Save our Tigers” and “Cleanathon”. He is known for his cool presentation of news without noise. From the past decade, he has been involved with Gadget Guru. He is a multifaceted personality. First being a journalist, second are his management skills and third being an entrepreneur –a startup for the transformation of news space through innovation in AI. 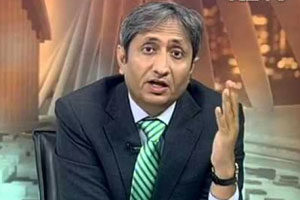 Ravish Kumar: He is extremely popular for his unbiased style of journalism and hold over Hindi. He has been with NDTV India for over 15 years. His famous program ‘Ravish ki Report’ has had rave reviews and his knowledge and factual presentation has enthralled his audience. His sense of humor on the show has gained him popularity as well.

Barkha Dutt: Barkha Dutt is known for her weekend debates in NDTV “We the people” and “The buck stops here.” She became a household name for reporting from Kargil. Having served as Group Editor for NDTV, she also writes columns for Washington Post, New York Times. The presentation of news was always clear with facts but persistent at the same time to drive the message to the audience.

Faye D’ Souza: Faye D’ Souza is one of the leading broadcast journalists today. Her cool composure and calm presentation of the facts are hard hitting. The debates on the television focus more on the facts and proofs and less on the noise. The closing of the debate always leaves you pondering over the questions put across in it. The vital point in her presentation is that she makes you the participant of the show rather than the viewer. She makes the viewer aware of the choices they have in hand with the current facts.