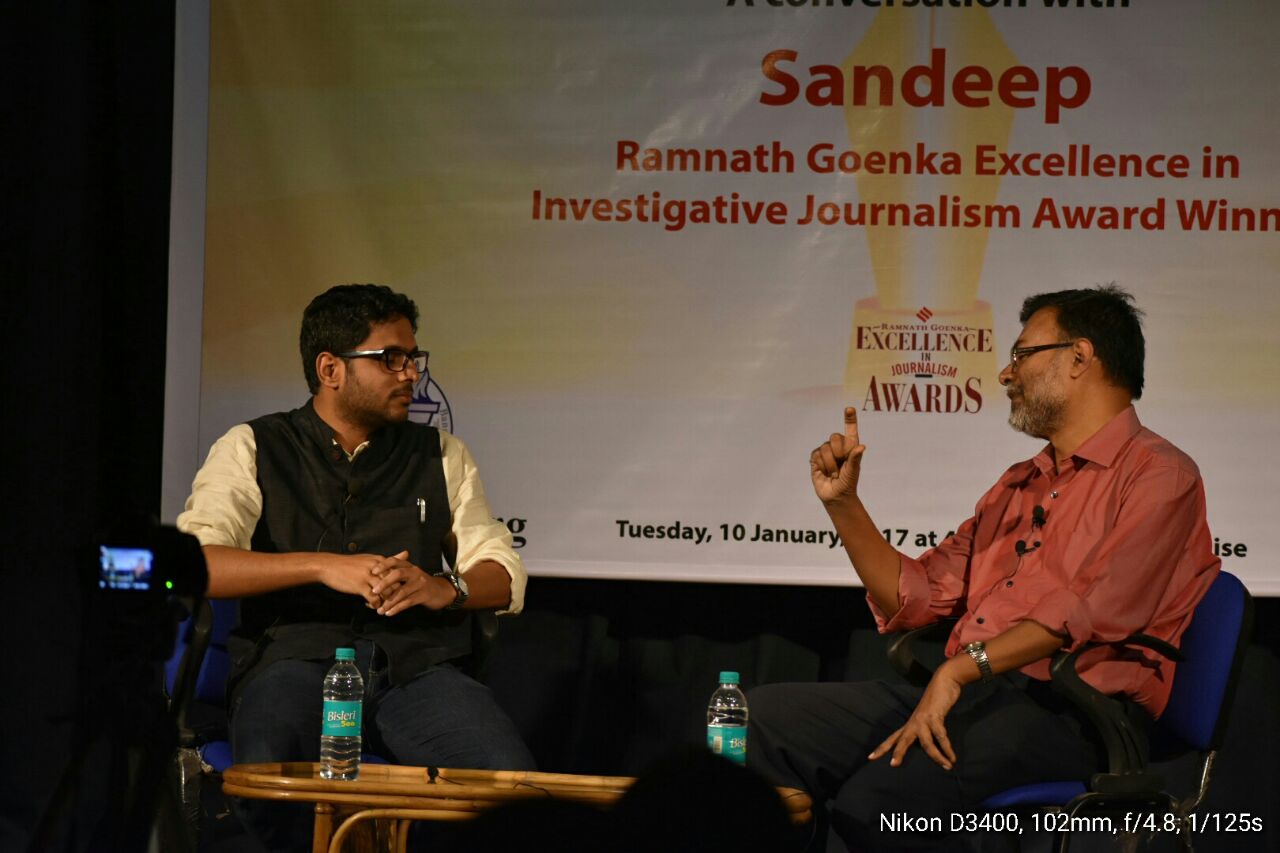 Below is the first of a five-Part RTI investigation series​ Sandeep did​ on how politicians use public sector undertakings (PSUs) as cash vending machines. The investigation details how leaders across party lines use their official position to cull monetary favours from PSUs to fund organisations with which they are directly or indirectly associated. After the story was published, several PSUs issued circulars saying that money should not be released on the request of MPs unless it directly benefits the PSU.

It took Sandeep six months to get all the RTI replies from various PSUs and that too after numerous first appeals. Once he got the replies, he investigated further and found connections between the politicians and the organisations for which they were seeking funds

Part 1: RTI Investigation: How politicians use PSUs as cash-vending machines

Part 5: RTI Investigation: PSUs are an easy pool of money for politicians to dip into

Conversation with Sandeep: A Report

Bangalore: The key to Sandeep Pai’s success is “persistence, method and hope,” the award-winning investigative journalist told a crowd of journalists and students yesterday.

An alumnus of the Indian Institute of Journalism & New Media (IIJNM) and winner of the Ramnath Goenka Excellence in Investigative Journalism Award, Sandeep, who is widely known by just his first name, discussed the evolution of his five-part investigation of politicians’ alleged use of public sector undertakings (PSUs) as cash vending machines.

“A Conversation with Sandeep,” was held in the auditorium of Alliance Franciase with K.S. Dakshina Murthy, an independent journalist who was a part of the editorial team that launched the English version of Al-Jazeera website and who is currently an adjunct professor at IIJNM.

In the hour-long discussion, Sandeep talked about his use of the Right to Information (RTI) Act to request information for his stories. (See links to the stories below.)

Sandeep has worked with the special investigative teams of bothethe Hindustan Times and DNA and is now an independent journalist pursuing his masters degree via the European Commission’s at Erasmus Mundus Scholarship programme.

“There were a lot of challenges that I faced when I started researching and writing this story. A lot of discouragements from various people came my way; some of my editors knocked down the story,” said Sandeep. “But persistence, method and hope were the keys to my story being successful and being published.”

Sandeep also said that there are many who might discourage the idea of doing an RTI story but there are also many who encourage it as well. “So, never lose hope!” he said.

On Nov. 6, 2016, Sandeep received the Ramnath Goenka Excellence in Investigative Journalism Award, presented by Prime Minister Narendra Modi, in New Delhi. The investigative award is given to a journalist “whose report investigates an issue of public interest to reveal and aspect/element which has not yet been covered/explored in the media,” according to Indian Express Group, sponsors of the annual awards named after its founder.

During yesterday’s event, Sandeep also spoke about hardships faced in the world of journalism and how one has to push through their stories in order to get them published. “Pushing your story and believing in your story is really important,” he said.

After the talk, the audience engaged in an interactive question-and-answer session. One audience participant, who identified herself as an aspiring journalist, noted that “digital media is sometimes not able to keep up with print media” in terms of providing up-to-date and accurate information.