Print Journalism as a Career Option

Print Journalism as a Career Option

Journalism is a sought-after career these days, not just for its glamour but also because many find it as a vehicle for upholding the truth. Journalists are perceived as messengers of facts and opinions to the rest of the country.

Journalists are expected to cover events in an unbiased fashion. Those who have been successful in the profession are elevated to the status of heroes in the society for their attempts to uncover the evils and bad practices by bringing them to public notice. Exemplary achievers in the field of journalism have mostly risen through the ranks by unflinchingly voicing and championing the cause of justice and truth.

Journalism as a career 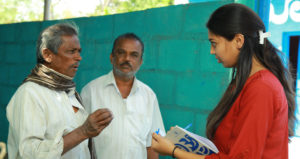 Journalism is beyond a career option; it is a mission for those who wish to contribute to a better society. Students who have just finished their school or undergraduate degree may choose journalism as a carer option for their flair for writing and wish to express themselves. Journalists are always “at work” even after stepping out of office. It is about a commitment to championing the search for truth at all times without taking sides. The ability to communicate with people who are the readers and viewers is what makes journalism a powerful career.

In early years of the profession, journalism catered to only one medium of communication — the print edition. Hence the required skill-set for the job was quite simple—a flair for writing and a penchant for unveiling any misdeeds in the society. In those days, journalists would sometimes work in collusion with the police department and the government. It came as no surprise that some of the earlier journalists focussed on their writing style and story-telling, and less on digging deeply into the facts from different angles.

Gradually with the passage of time, as the mediums of communication evolved, radio became popular, followed by television. Readers of newspapers and magazines began to have a lot more choice.

Today, a journalist needs to be equipped with a lot more skills than a flair for writing. With the advent of the digital media, technology plays a very important role in reporting news. With the flurry of competition, the onus for every journalist is to report their news pieces ahead of release on other outlets. In the present day and age, it would not be far-fetched to say that a journalist needs to be multi-talented like a superhero in order to make a mark.

Journalism as an evolving profession

In addition to the prerequisite of a strong command over language and an investigative bend of mind, today’s successful journalists have thorough understanding of technology coupled with a strong understanding of social media. A modern day journalist is constantly evolving, trying to figure out the best possible practices on the electronic media that can be extended to traditional media as well, working with both to the best advantage. Digital media is emerging as a strong competitor to traditional media. It is still a fairly new platform, and there are not sufficient guidelines for it. Hence, modern day journalist need to constantly innovate on the job.

Preparing for a career in journalism

A graduate degree course in journalism from a good institute is likely to open doors to pursue a career in the field. A candidate’s intellectual prowess is improved by a proven, stringent and scrupulous system of training in the particular discipline. One’s pursuit becomes easier when he/she is a product of a reputed institute offering specialised courses in journalism.
In other words, the stamp of a well-established institute offering post-graduate diploma as opposed to a degree program is preferred by employers.

It makes sense to be prepared in advance from the time you are in high school to focus specifically on subjects that will help you in pursuing a media career. However, the beauty of the profession is that you really do not have to be a media-studies graduate to be a journalist. Good journalism schools welcome undergraduate degree holders from all walks of life—science, media, engineering, medicine, dance, and any other. Since journalism welcomes people from all disciplines, it makes sense to cement a strong foundation with a discipline-oriented specialization based on the choice of journalism one wishes to pursue.

In order for student to develop as a professional journalist, there needs to be parity and alignment between theory and practice. A specialised program course is an interesting mix of theory classes interspersed with field trips to get real-time experience on the job. Internship during the study year is an important and valuable exercise. Covering the news from the site itself is an effective way of learning.  A specialized course further fills that divide between theory and practice.

Print media includes the world of newspapers, magazines and printed periodicals. Career options in this particular area of journalism may include:

Writer – The print journalist is a foot soldier who uses his or her linguistic skills to give shape to the news piece in an interesting and thought-provoking manner.

Feature writer – A feature writer is usually an experienced news reporter whose articulate representation of facts has earned him or her sufficient spotlight. Hence they do not extend their scope of work to every news piece but select items that can lent perspective and expert opinion.

Columnist – When a writer starts acquiring a dedicated band of followers among readers of the publication, his or her stature is recognized and rewarded. A separate column on the publication is reserved exclusively for the Columnist to discuss and debate topics of public interest.

Critic – A critic is a writer who expert opinions in a particular area of subject matter or product has received wide attention to the extent that the writer is awarded a section in the publication to offer expertise and review.

Reporter – A reporter is a professional who covers the scene of occurrence with objectivity, balance and fairness.

Correspondent – A correspondent may or may not be a permanent employee working out of the office of the media house but may make regular contributions of news pieces on developments in the assigned area, zone or subject matter.

Special Correspondent – A special correspondent is a senior correspondent who covers selected news items or current affairs from the site of incidence or has a first person perspective in any high profile news-worthy event.

Associate Editor – An associate editor is one who either assists or works with the Editor, and is more inclined to management and administration as his key responsibility.

Sub-editor – The Sub-Editor edits, rewrites and checks all copy from the reporting desk, making sure it is error-free, grammatically and factually correct, and is readable.

Editor – The Editor is the highest position in the organisational scheme of things in a media house who has the final word regarding what news is worthy of publishing and what is not.

Future blogs will cover other streams of journalism, namely broadcast and on-line/multimedia journalism.