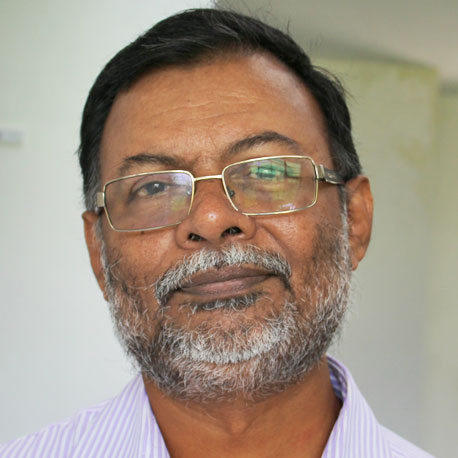 K.S. Dakshina Murthy was a key member of the Editorial team that launched the English language version of the Al-Jazeera news website in 2003. Based in Doha, he wrote extensively on the US invasion of Iraq and West Asian politics. He returned to India in April 2006 to pursue other journalistic and allied interests.

He has a basic degree in Science (BSc), MA in Political Science and M.Phil in International Politics.

Dakshina Murthy, who teaches Covering International News, Science & Technology and Political Reporting at IIJNM, started his career with Sunday Mid-Day in Bangalore in 1983 and went on to work for several media houses, including The Indian Express, The Press Trust of India, Deccan Herald and the Hindustan Times.

He briefly returned to Al Jazeera in 2013-14 as India Online Editor for its news website, based in Bangalore. He was also Editorial Consultant/Trainer with The Hindu from 2006-2014 and with Deccan Herald in 2014-15.

He is Managing Editor at The Federal news website, and writes for prominent publications in India and abroad besides involvement in other media-related work.

Dakshina Murthy is the author of “The Anopheles Sting”, a book of fiction, published in 2013 by Dronequill.