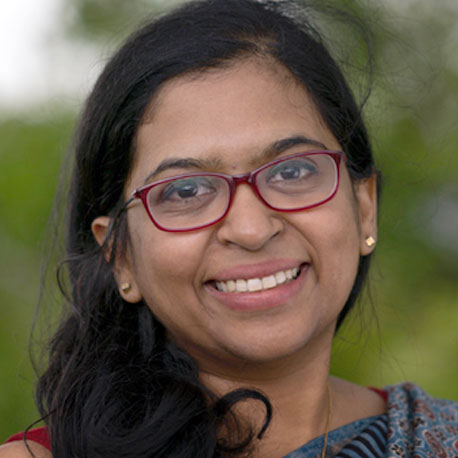 Radhika Viswanathan is a development communication specialist and audio producer from Bangalore, India. Her interests lie in the intersection between development research, policy and communication and particularly in the way in which development and social issues are communicated to wider audiences. For her, stories and narrative matter, but how we tell them matter just as much.

Radhika has worked for a number of organisations in research and communication such as the World Bank, the French Embassy in India and Arghyam Foundation.

Currently, Radhika is a co-founder of Vaaka Media, an independent podcast production company and communication consultancy. Vaaka Media produces the popular podcasts In the Field, Ex Machina and City of Women.

She is also a translator, and has translated a popular science book for children from French to English in 2011, published by Lamartiniere Jeunesse and Universities Press. She holds Masters degrees from the London School of Economics and Political Science and the University of Strasbourg.