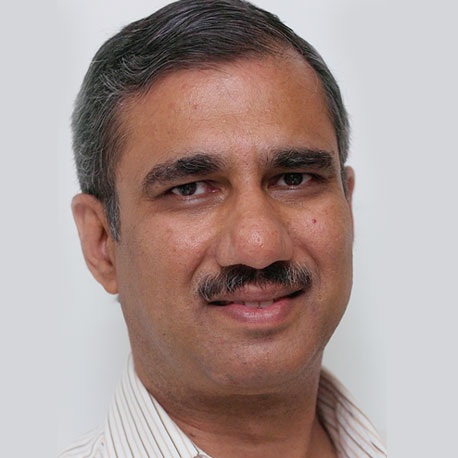 Shirish Koyal moved to teaching journalism after a newsroom career that spanned more than 32 years – three decades of them with The Times of India.

Starting off as trainee reporter at Nagpur Times immediately after his graduation, he swiftly migrated to the news desk. His first year in the profession was marked by Operation Bluestar, Indira Gandhi’s assassination and the Bhopal gas tragedy. These were followed by the anti-Mandal agitation, economic liberalization, the demolition of the Babri Masjid, the serial explosions in Mumbai, other assassinations, a deepening of religious divisions, and the rise of right-wing forces.

Before shifting to Bangalore, Shirish worked on the news desk of Newstime, Hyderabad, for a year and a half.

He has tracked the change Bangalore has undergone over the decades.

Shirish attended several training programs within India, and covered events in Singapore, South Korea, South Africa and the United States. A senior member of TOI’s team of journalists, he became a catalyst whenever the paper underwent change. He believes in keeping things simple and straight. Journalism is among them.