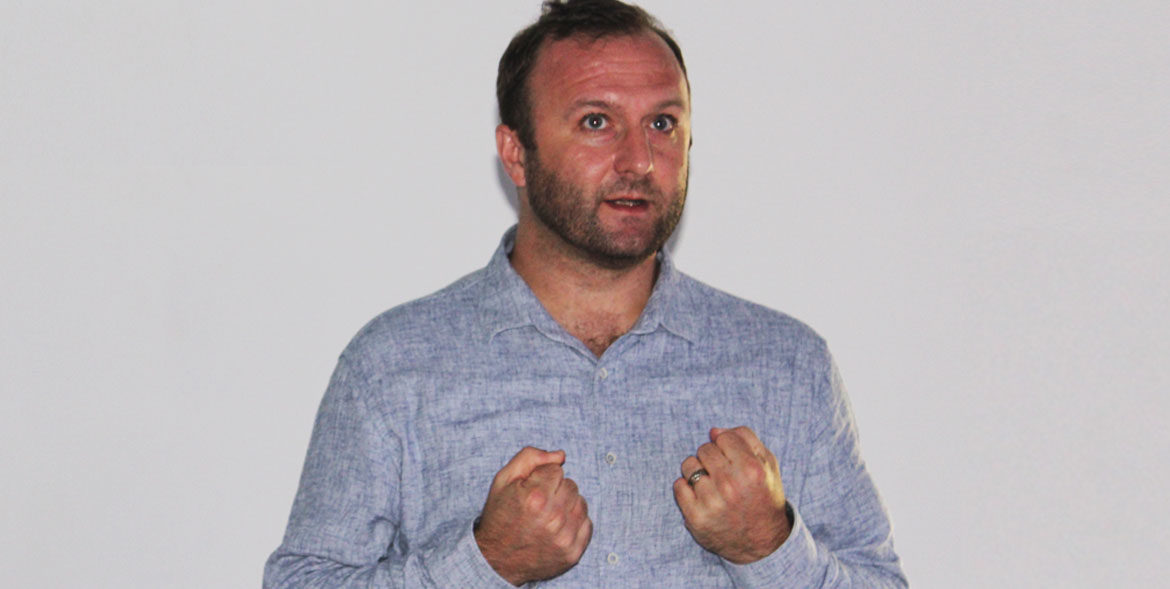 Reuters has a strong bureau in Bengaluru: Robin Paxton

Reuters has a strong bureau in Bengaluru that has broken important stories, Robin Paxton, chief of the bureau, said in a pre-placement talk to IIJNM students on Monday, March 9, 2020.

Paxton showed a map of the world to highlight the vast coverage of Reuters, and asked the students if they could identify the uncovered areas. When the students said North Korea, Iran and Mongolia were not covered, he explained the reasons.

He shared amusing information – like Paul Reuter, the founder of Reuters, used pigeons to transmit data from stock exchanges in 1851.

He showed a pie chart representing the male-to-female ratio among Reuters employees, and said the organization has people from different backgrounds.

“I had no background in economics and finance when I started my career. But now I am a Commodities and Energy Correspondent for Reuters. So you can imagine the amount of training that is given.”

The presentation was followed by a question-and-answer session. The students sought information about the Reuters recruitment process and the training it provides.