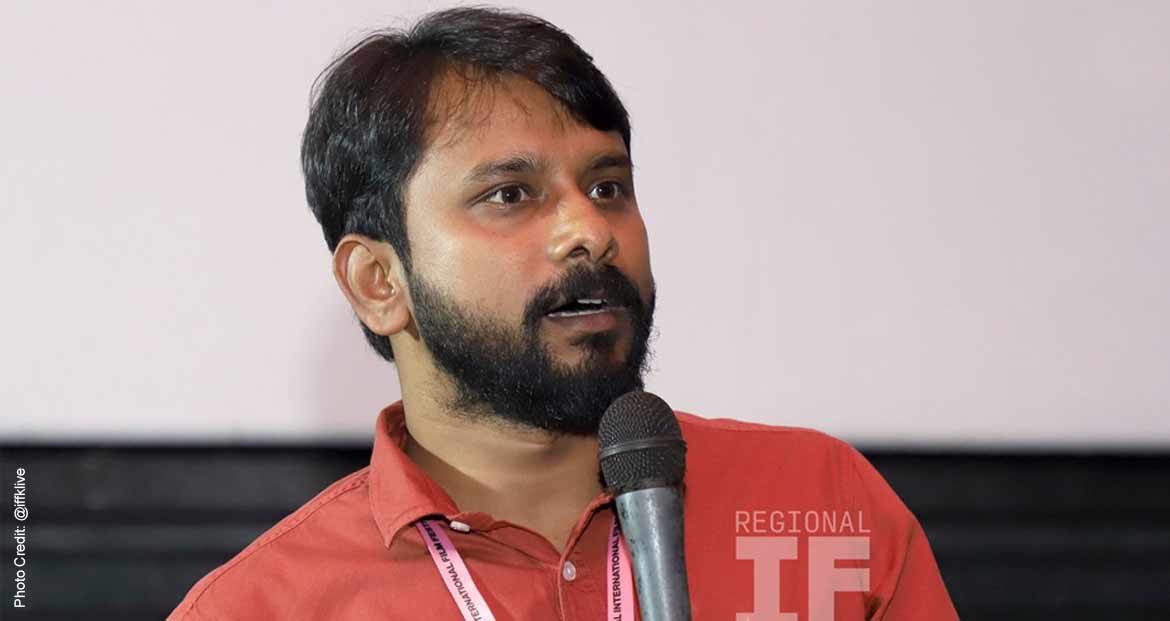 Varanasi is much more than a pilgrim city: Ritesh Sharma

Varanasi is much more than a pilgrim city, says filmmaker Ritesh Sharma. Through his 2019 film ‘Jhini Bini Chadiriya’ (‘The Brittle Thread’), he has presenteda different side of Varanasi that speaks volumes about two major religious communities in India.

Through the lives of a street dancer, Rani, and a sari weaver, Shahdab, he has presented a different side of the bustling city. This is in stark contrast to the heritage and culture people usually associate Varanasi with, he said while addressing IIJNM students on May 6, 2022.

During a conversation with the students after the screening of the film, Sharma said: “The film has three main characters — Rani, Shahdab and Varanasi.”

He made the actors live the lives of the characters they were playing. Their rooms were transformed into the rooms of their characters with posters and pictures. “I made Megha Mathur, who played Rani, live with street dancers for a month for her to understand their lives and body language.”

When the students asked why the film consists mainly of long shots, and is devoid of close-ups, he replied: “I wanted to portray Varanasi in a raw and unconventional manner. By keeping the camera at a distance, I tried to bring in the audience while I created a sense of belonging of Varanasi.”

The sounds of Varanasi are also very important.

“The characters in the film are quite symbolic of the local culture and folklore, so Varanasi is very important. It is how I see my Varanasi, the place where I have spent my childhood. It is my interpretation of my city; how I’ve understood the saying about the prostitutes, ghats, bulls and stairs.”

The film resonates his pain and suffering through the characters, he noted.

On a closing note, Sharma urged the students to tell interesting stories that need to heard and seen.

Sharma has spent 13 years in theatre education and social activism. To honour his participation in social issues such as human trafficking, and women and children’s rights, he was awarded the Change Loom Award in 2008.  He was awarded the prestigious Dada Saheb Phalke Film Festival Award in 2011. His first documentary, ‘The Holy Wives’, which is about caste-based sexual exploitation and human trafficking in India, has been screened in Australia, the UK, US and India.