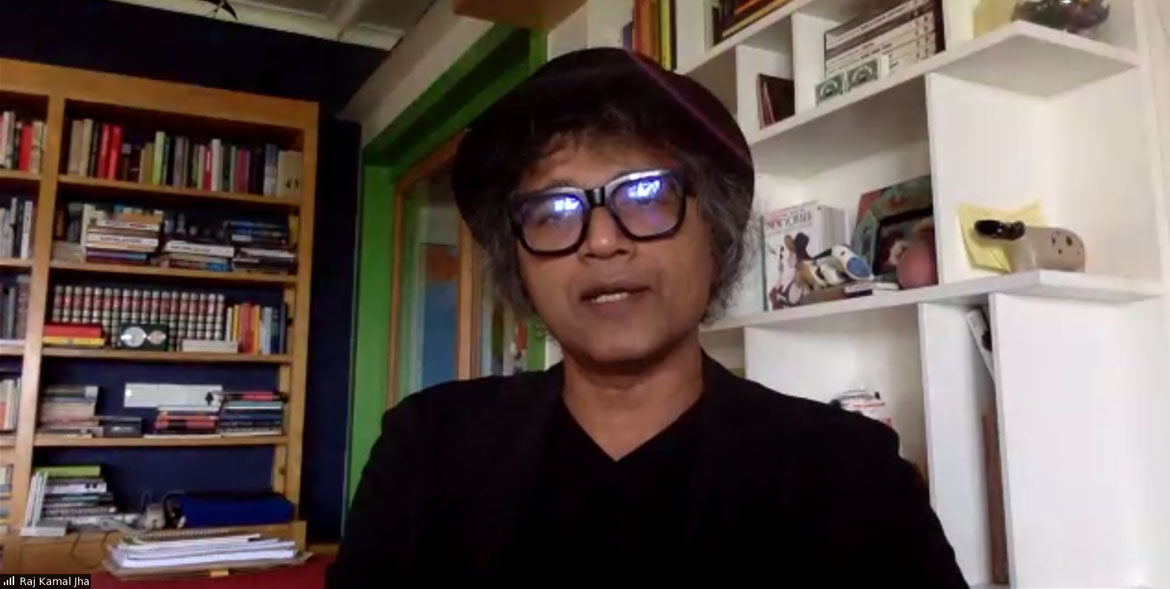 At the first-ever online graduation ceremony of the Indian Institute of Journalism and New Media (IIJNM), chief guest Raj Kamal Jha gave young journalists a tool kit to remain sharp and relevant in today’s time, and advised them not to despair over current circumstances.

As long as we live, there will be people in power who would want to extend and abuse their power, said the chief editor of The Indian Express.

“And so, we will need journalists, we may not need the media—but we will need men and women who put themselves at risk, who look under the rock, who go where cameras don’t. We need people like you to tell the stories that need to be told,” said Jha.

The first-of-its kind online convocation saw participation of graduating students from across India.

Editor Jha also gave them a very topical gift—a PPE or “Personal Protection for Editorial”, as he called it—to help differentiate themselves from the cell-phone wielding ‘journalists’ on social media today.

The PPE, he said, would help them become better journalists and add value to the society.

Young journalists must muster up the courage to listen. Listen to those who agree as well as disagree with you, he said, urging them to, more importantly, find a way to listen to those without a voice, and respectfully turn away those that come with mal intent or threats.

Get yourself a good editor, in a very broad sense, he said,—someone you respect, someone you can disagree with, someone who filters what you say. An editor who values the right story over a breaking one, someone who says, “Slow down. Doesn’t matter if you get the story late, but let’s get the story right.”

Admiring the work of others is another aspect that would serve them well. Celebrating the good keeps you grounded, he said, adding, don’t let the popular narrative define your perspective of this profession. Stop talking about what other media channels are doing; get back to your job.

He suggested that they fall in love with the color grey. This is the color that will stop you from rushing into judgements, will encourage you to listen to counter views and push you into learning more and asking more questions.  Grey allows you to say “I don’t know. I need to research,” he said.

Mr. Jha urged them to beat the algorithm. The current day algorithms on media will define the reach of your work, not based on the importance of the topic, but based on who you’re friends with on social media. The only way to beat this algorithm is to embrace both sides of the narrative—and follow those who you necessarily don’t agree with.

Remember that journalism is not a single-player game. “Most of us need most of us to get our work done,” he said. You need reporters to brainstorm ideas with, you need editors to kill your story—and you need colleagues for the good and hard times, he added.

And, he suggested that they don’t take themselves seriously. “Have fun,” he urged adding, “remind yourself everyday that the world will not end if you make a mistake once in a while, and that you are not the centre of journalism.”

Dr. Abraham George, President, IIJNM said this was the time for journalism to ensure a free and fair democracy. He said, “A free press is the foundation of a good country.” Congratulating the graduating class, he entreated them to uphold journalistic values that IIJNM had instilled in them throughout their course and strive to put their best foot forward as they entered the media industry.