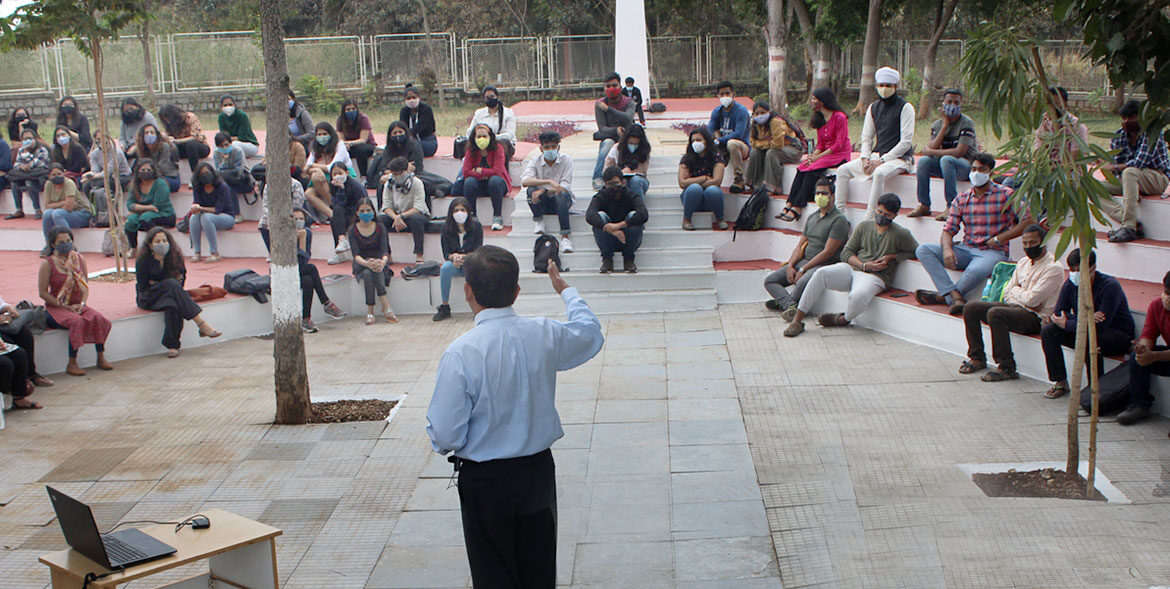 A free press is the foundation of a good country: Dr. Abraham M. George

“We are free to bring about a change in public opinion and public opinion is changed by you, the journalists,” said Dr Abraham George, founder of the Indian Institute of Journalism & New Media, Bangalore who addressed the batch of 2020-21 for the first time in the campus.

Talking about the importance of journalism, Dr George said that it is a noble profession. He added that journalists have the responsibility to change their existing points of view and to be open to differences. “Journalism is a noble profession because it truly informs the people if you tell the truth,” he said. The primary responsibility of a journalist is to inform people and not mislead them with fabricated information in the garb of facts.

However, he remarked that Indian media cannot fulfil this responsibility since it has to go through multiple checks and balances put in place by the bureaucracy. He compared the freedom of expression in India with that in the US.

Giving the example of silent acceptance of government policies in the country, Dr George said that public good is often decided and passed down by babus. He said, “Leave it to the people to decide what is their national interest.” He hopes that the upcoming generation of journalists will be able to bring in change.

Students are really excited to be on campus. “Wish we could enjoy more time in the campus,” says Sinchita Mitra. Another student, Priyansh Vijayvargiya, says, “It is much better to meet people in person than being in a zoom class.”