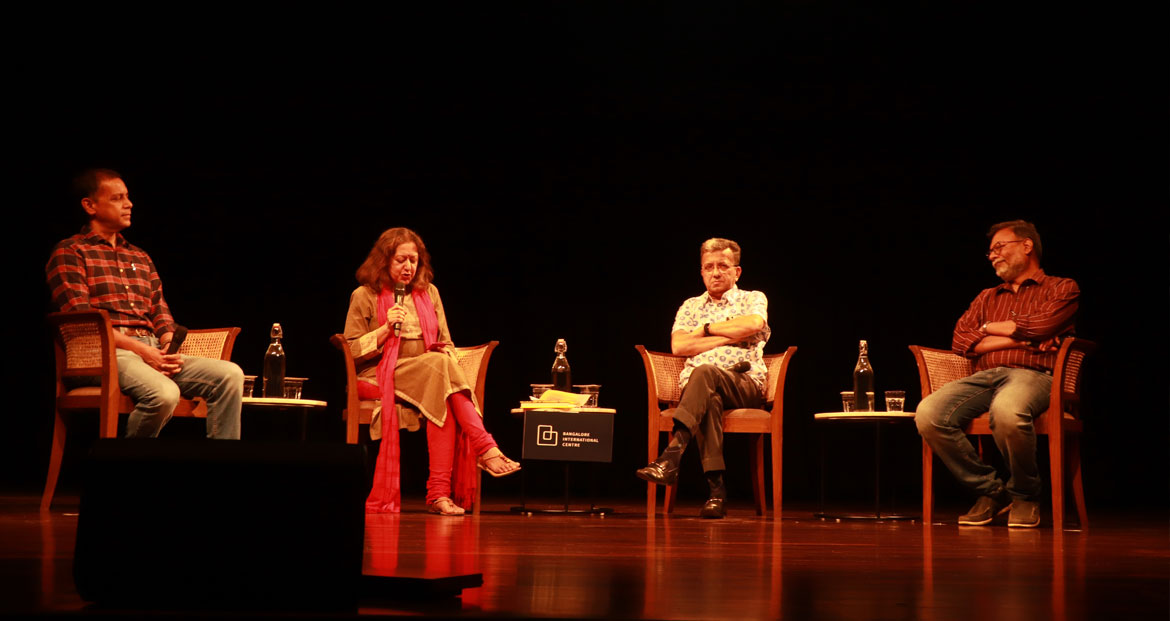 Former Outlook editor voices dissatisfaction at the polarisation of media

Veteran journalist Ruben Banerjee says there is a need to hold lessons in morality for journalists.

Speaking about his third book, Editor Missing: The Media in Today’s India, at a ‘Meet the Author’ event on May 22, he expressed his dissatisfaction over the polarisation in media today.

“(While) every newsroom has become politicised,” said Banerjee, “being pro-Modi or anti-Modi should not be the yardstick of good journalism.”

Talking about his experience as editor-in-chief of Outlook, Banerjee said he had to meet Uttar Pradesh chief minister Yogi Adityanath twice because the magazine received about Rs 70 lakh worth of advertising from the BJP. It was his duty to save the jobs of people working under him.

In the first chapter of his book, he details how right after Outlook published a cover titled ‘Missing’ — an observation on the government’s ineffective handling of the Covid-19 pandemic — there was a storm on social media. He exited the magazine in September 2021, three years after working as its editor-in-chief.

“The moment you become number one, you are in the hot seat,” he observed.

“People may think that this book is to settle scores, (but) I strongly believe that this book will be a starting point for a conversation on where journalism in India is headed,” he added.

The event, co-hosted by the Indian Institute of Journalism & New Media (IIJNM) and the Bangalore International Centre (BIC), was moderated by NDTV’s Maya Sharma, who a visiting professor at IIJNM.

A one-on-one discussion between Sharma and Banerjee was followed by a panel discussion with Dakshin Murthy, managing editor of The Federal and visiting faculty at IIJNM, and Samar Halarnkar, founder editor of Article14.

Halarnkar, a former managing editor of the Hindustan Times, painted a disturbing picture of  journalism’s future in India. “After Mr Modi came to power, along with the number of attacks against minorities, cases of sedition and UAPA (Unlawful Activities (Prevention) Act, 1967) against journalists have also gone up,” he said, adding sarcastically that the journalist’s offence is journalism itself.

Dakshin Murthy described journalism as a boat passing through a storm. “No matter what side of the boat you’re sitting on, the entire field called journalism is in danger.”

The panel was unhappy with the state of news on television.

Asked whether television news will survive, Halarnkar said: “Not only will it survive; it will flourish. Because people are taking the rubbish they are being fed. We live in a post-fact world,” he added.

Dakshin Murthy said people who are used to free or subsidised news must start paying for it.

Owing to the distorted nature of media ownership in India — most of them are controlled by industrialists — the subscription model was debated at length. However, Banerjee said that it is easier said than done. “Outlook had 5,000 to 10,000 subscribers, and money from that doesn’t cover the costs. (This is why) editors will have to keep visiting Yogi Adityanath because subscriptions cannot work on a large scale.”

Towards the end of the discussion, while warning about the dangers that lie ahead, the panelists urged IIJNM’s student journalists to put up a fight and believe in what they are doing.

“If you are convinced that this is what you want to do, have a strong backbone,” Halarnkar said, adding that if journalists want to hold the powers-that-be to account, they must be prepared to fight.

“No pressure, but you have to go out there and fix the media,” Sharma said half-jokingly.

Banerjee’s third book, after The Orissa Tragedy: a Cyclone’s Year of Calamity and Naveen Patnaik, a biography of the Odisha chief minister,  highlights the declining role and power of the editor in today’s media landscape.