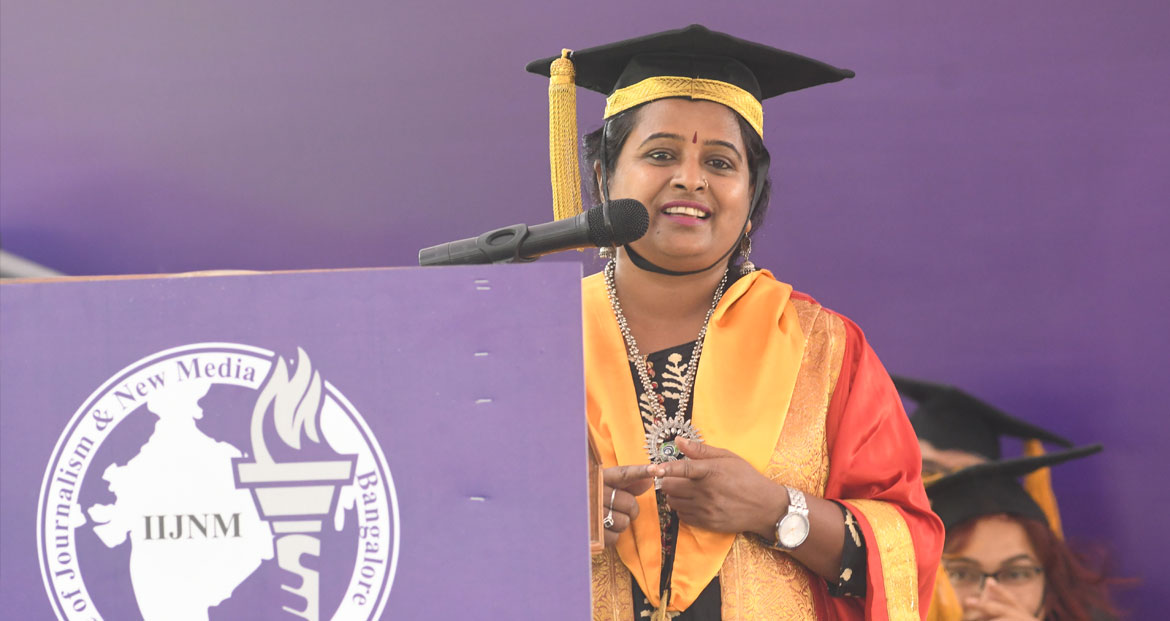 We earned people’s respect by writing about their issues, says Khabar Lahariya Editor

Khabar Lahariya Editor Kavita Devi on Friday urged new entrants to journalism to ask themselves who they were going to represent.

Addressing the annual convocation ceremony of the Indian Institute of Journalism & New Media, she said: “Think why you are being a journalist, whose voice you want to represent, what issues you want to focus on.”

Sharing the humble beginnings of her multiple-dialect newspaper and her fight against casteism and patriarchy, she warned the newly minted journalists about the difficult path ahead.

”This is a difficult field. You will face obstacles; your voice will be suppressed. But if you want to commit to truth, you will find avenues,” said Kavita Devi, the only Dalit member of the Editors Guild of India.

The ceremony brought together three batches of IIJNM students and their families to publicly celebrate their graduation, something the pandemic had deprived them of in the past two years.

Kavita Devi, a winner of several national and international awards, stressed on the importance of working with local media and telling stories that are often overlooked by mainstream media. Khabar Lahariya gained its reputation by telling such stories.

“Initially, people did not accept us as journalists. They discouraged us, and chased us away. As our work spread and people saw that we were writing about important issues like water and electricity shortage and road work, they accepted us and respected us,” she said.

Dr Abraham George, President, IIJNM, said journalists are the checks and balances for the government and the private sector. He urged the graduating batch to stay true to their profession.

“What we expect from you is to take the most important value of journalism – the pursuit of truth –forward,” he added.

Khabar Lahariya is a two-decade-old newspaper run by an all-woman team of journalists from the hinterland.

Kavita Devi, a co-founder of the paper, oversees a team of 40 rural journalists who produce news in several dialects of Hindi such as Bundeli, Avadhi and Bajjika, bringing forth hyperlocal stories that few media organizations cover on a regular basis.