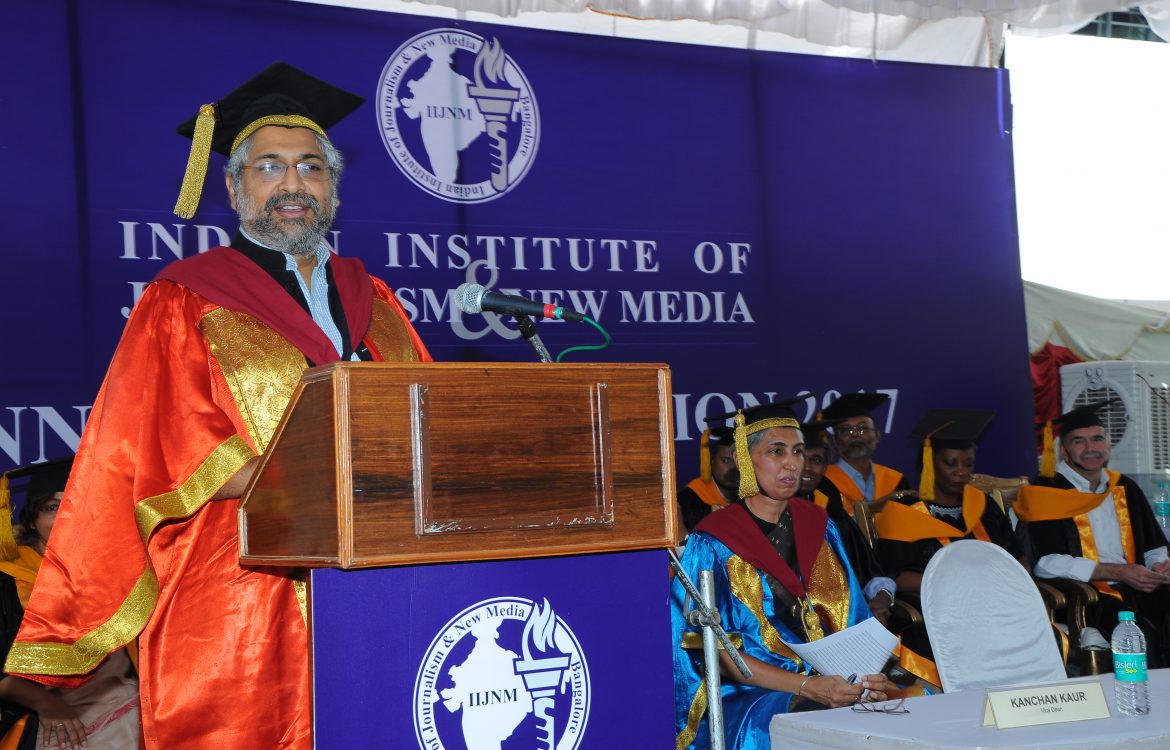 “Stick to journalism.” Siddharth Varadharajan, founding editor of the The Wire, gave this piece of advice to a crowd of budding journalists entering the “working world of journalism.”

Speaking at the annual graduation ceremony of Indian Institute of Journalism and New Media on May 1, 2017, Varadharajan warned the trainee journalists of the difficult times that they are invariably going to encounter in their careers.

But the only way to survive it was to “stick to the fundamental traits of journalism,” said the former editor of The Hindu.

Addressing the graduating batch of 2016-17, he summed up the problem facing this profession and his solution, using the oft-used journalistic framework of Who, what, where, when, why and how.

He said the problem that confronts Indian journalists today (The What), is largely due to the culture perpetuated by the media owners (The How), because of their increased reliance on advertiser revenues (The Why).

He said that Indian journalism of today is as bad, if not better than that in the 80s, that there was never a golden era of journalism (The When). The new journalists (The Who), in his view, were lucky to have new story-telling platforms to tell stories effectively and engage with readers. (The Where)

Reinventing business models, using social media effectively were certain things that could alleviate this problem, said the winner of the Ramnath Goenka Award for excelling in journalism.

“Journalism requires courage,” said Varadharajan, adding that the students had accomplished their first act of bravery by having completed their course in journalism.

He warned that the governments and private establishments alike will use all means, fair and foul, to suppress good journalism. The trend of “SLAP litigations, where corporates have increasingly taken to the law to silence any uncomfortable questions, was another tactic he warned of.

To thrive in their careers while overcoming these obstacles, he advised the students to: “Be passionate but objective. Be interested in people, their stories and their problems. Learn how to ask questions, especially to those of authority. Learn how to write well.”

At a time when national leaders have not lived up to the challenges facing their countries, and are many times the cause of the problems, the press needs to be strong enough to expose the truth to the public. Unfortunately, that is not the case, he said.