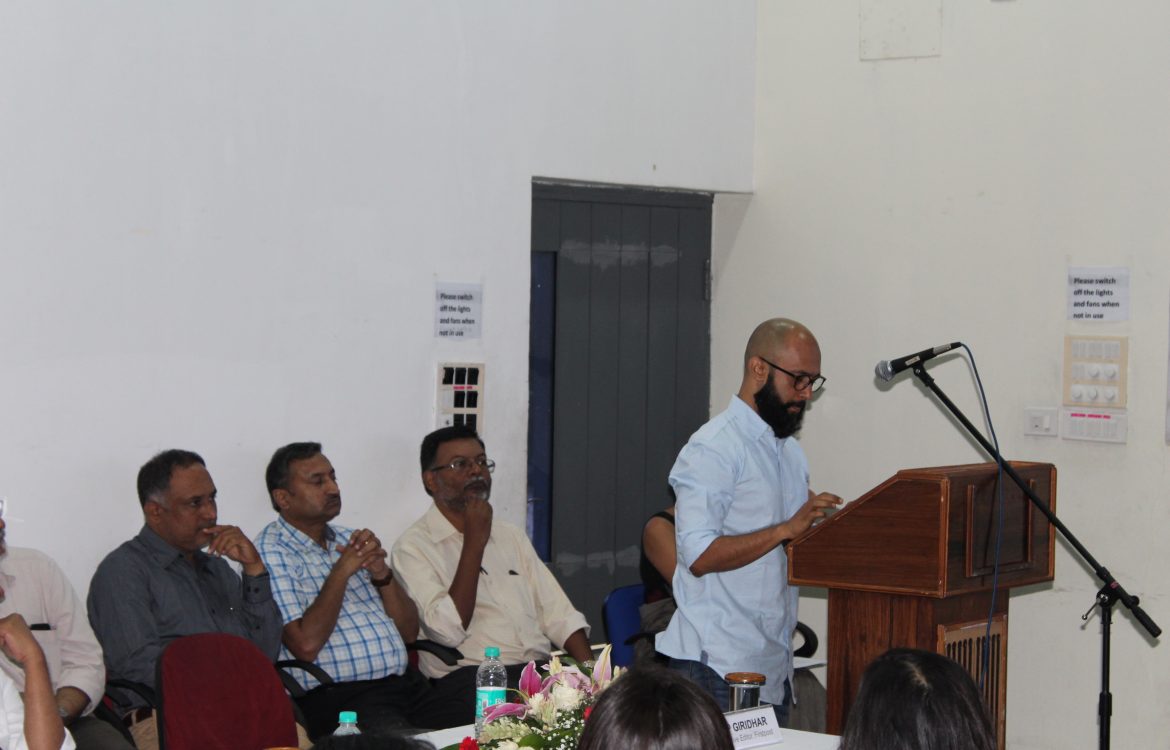 Bangalore, July 10, 2017—The worst of times are the best for journalists as they present a chance to do good journalism and re-establish the fundamental principles of news reporting, said Jaideep Giridhar, deputy executive editor, FirstPost.com

He was speaking to the inaugural class of the batch of 2017-18 at the Indian Institute of Journalism and New Media this morning.

He said that it was the best of times because technology is all pervasive and all inclusive. There is a rare interactivity and synergy and information is easily and abundantly available. He pointed out that there are so many platforms for journalists to put out their stories and for the stories to be picked up and delivered. He added that there has never been a time of such few gatekeepers and so many ways to skirt the walls the gatekeepers put up.

Jaideep said that it was called the worst of times because of what was called the ‘post-truth’ era. Fake news was being disseminated to distract and to be mischievous and was adding to the pressure on newsrooms which was leading them to bypass critical processes of verification, resulting in them making mistakes.

Paradoxically, he said, that this presents a great opportunity to go back to the basic principles of journalism of establishing the truth and writing stories that were rooted in facts.

He called upon the students to stay the course and remember that the best lies are closes to the truth and that they must follow the cardinal rules of journalism. The fundamental duty of a report is to the reader and therefore, young journalists must learn to challenge, interrogate and scrutinise all that comes their way.

Dr. Abraham George, Dean of the Institute urged the students to uphold the ethics of the profession. “Our hope is that over the years you will make a difference to democracy,” he said. He said that it was the job of the journalists to unravel the truth, and not just protect the ‘national interest’.