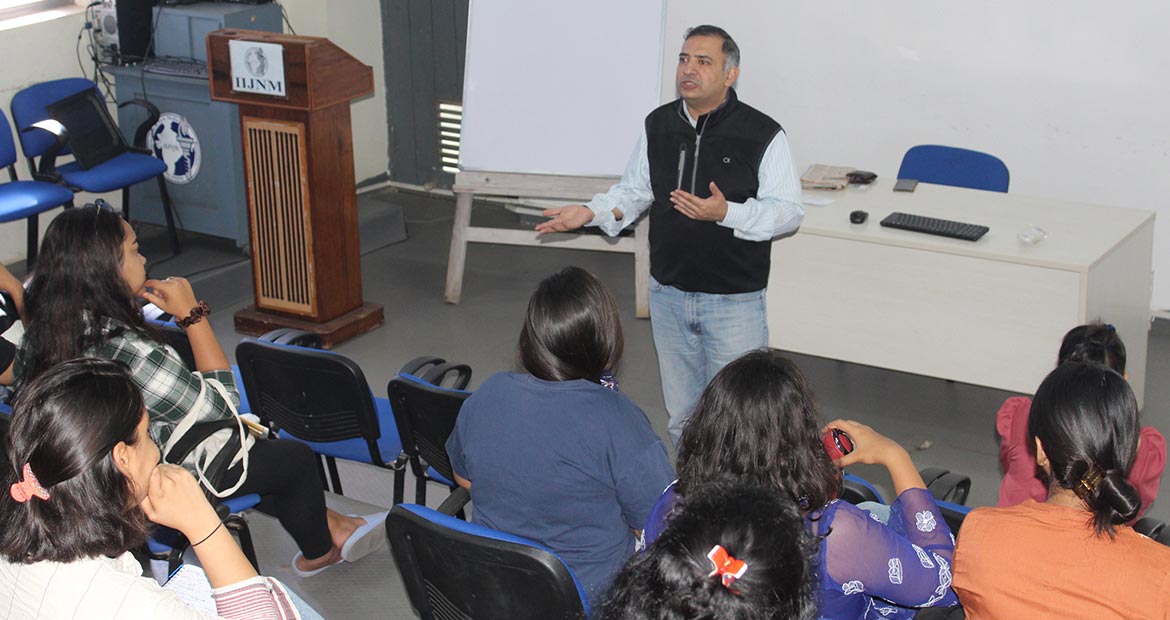 “You might not be interested in politics, but politics is interested in you,” Roy said, quoting American philosopher Marshall Berman, as he spoke about the importance of understanding laws and their implications on people.

Addressing IIJNM students on January 16, 2023, he said a representative democracy like the one in India works at two levels: state and national. “There are issues that are best dealt with locally and nationally due to reasons like demographic differences and local circumstances.” For example, defence is best handled nationally, while police is a state issue.

He explained how the party in office proposes its version of a law to Parliament. The proposal is then deliberated upon by a committee.

About the proposal to increase the age of marriage for women from 18 to 21 years, he said there will be discussions about the fertility rate, and maternal and child mortality rates, and how these will impact the country. Parliament will then vote on the proposal. The Bill, when passed by both Houses,will be sent to the President for her assent.

Roy discussed how the intention of a law, and how it is interpreted, are different. The proposed anti-conversion law is about maintaining law and order and ensuring nobody forces anyone to change their religion by force.

The talk concluded with Roy saying it is important for journalists to know how Parliament and the state legislatures function because they impact people’s lives directly. It will enable them to ask better questions and keep people informed.

An interactive session thereafter sawa discussion on how the Epidemic Diseases Act, 1897, enacted to tackle bubonic plague, was invoked to deal with the Covid-19 pandemic.

In the past 17 years, lawmakers have reached out to the Delhi-based PRS seeking research on pending laws, government policies and budgets. It has supported journalists across Indiain their coverage of legislatures.