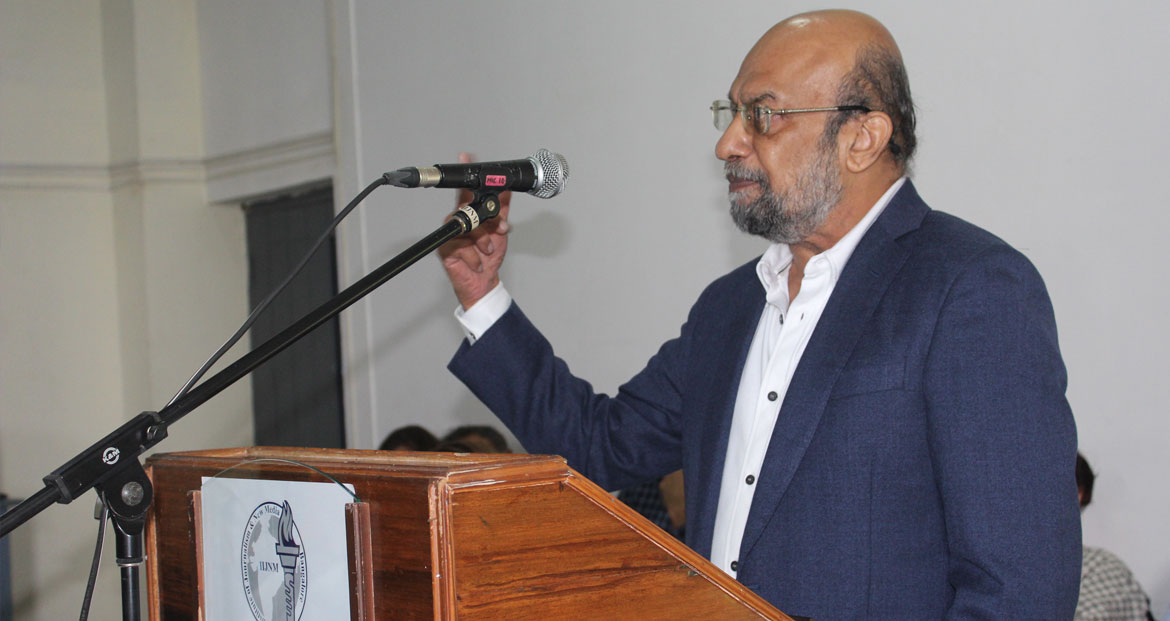 It is the responsibility of media to inform citizens, says veteran journalist

BANGALORE, JULY 25: The health of a democracy depends on how well informed the citizenry is. A
well-informed citizenry is possible only if the media do their job well, Prem Panicker, Consulting
Editor, IndiaSpend, said today.

Journalists have an obligation to speak the truth to power and give a voice to the voiceless, even if
this sounds like a cliché. Mr Panicker was speaking at the inauguration of a new academic year at the
Indian Institute of Journalism and New Media (IIJNM), Bangalore.

Journalists should focus on issues that matter, ignoring the “golden apples” that might be strewn on
their paths to distract them. They are like the people in Plato’s Cave who escaped and then returned
to tell the inhabitants of the cave of the reality outside. Journalists will be unpopular, but that should
not stop them from telling people of the reality. Their responsibility is not to persuade their
audience, but to give them the correct information so that they can decide for themselves.

Journalism has always been crucial to society, he said. Many revolutions started because society was
shown the reality by a few people, he said, quoting the example of Emile Zola and the French
Revolution.

Mr Panicker said he feels a sense of pride and joy at the number of bright young people joining the
profession, and at the fact that women outnumber men. Several women journalists are doing good
work today, he added.

Pointing out that technology is changing at a rapid pace today, Mr Panicker emphasised the need for
journalists to upskill constantly. The world is changing, he said, and they need to keep pace with the
changes and with technology.

Dr Abraham George, President, IIJNM, said journalists need to keep everyone honest — whether it is
the government or the private sector. It is their responsibility to inform the public of what is
happening. In order to make the public care, they need to make the information interesting and
keep it truthful.