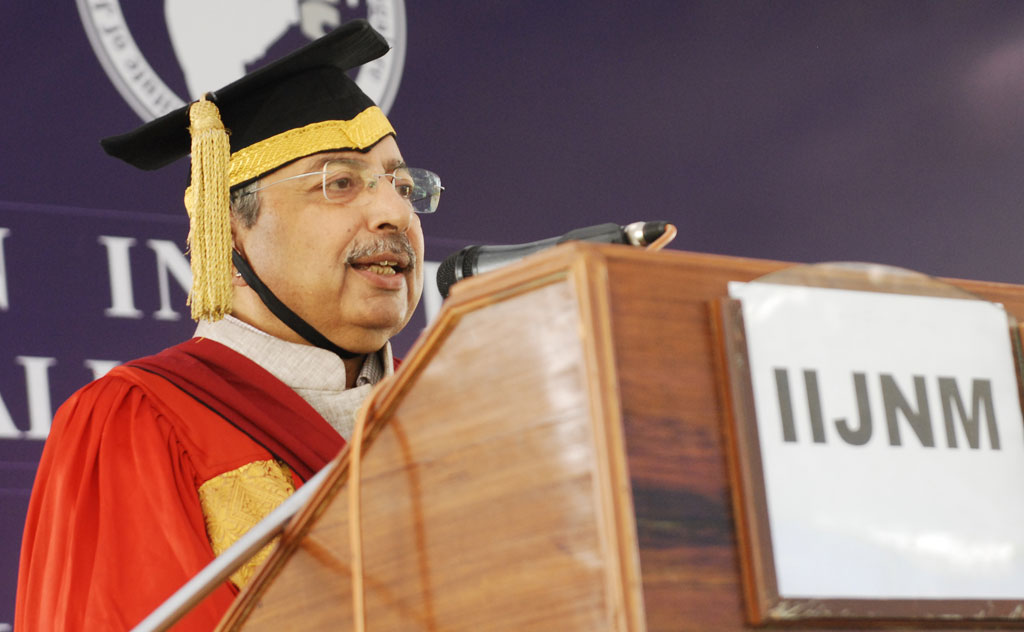 Bangalore, May 5, 2018: Padmashri Vinod Dua advised young journalists to be wary of their relationship with politicians.

Dua, who has been associated with the Indian media for over four decades, spoke about the nature of the complicated relationship between the two.  “We need them as much as they need us. We need to meet them regularly, get inside information, and break stories,” he said.

But being in close proximity with those in power, often has a flip side.

“Don’t fall into the trap of vicarious power, and become informal advisors to politicians,” said Dua, who was the first electronic media journalist to win the BD Goenka Award for excellence in journalism.

He was speaking at the 18th graduation ceremony of Indian Institute of Journalism and New Media, Bangalore.

He also said responsibility of journalists to become a bridge between the citizens and politicians, so they can be held accountable for their promises, much after the election season as well.

“The governance has a civil contract with the citizenry. We vote for them, pay tax, and put our trust in them. It should be viewed as a civil contract,” he told the young graduates, asking them to be courteous, not reverential to the politicians.

Seeing as we live in the era of the “new normal”, Dua advised journalists to stand up against trolls, raise their voice against fake news.

“In the British era, we used to be slaves. After that we became subjects. We now have to become enlightened citizens,” concluded Dua.

At a time when national leaders have not lived up to the challenges facing their countries, the press needs to be strong enough to expose the truth to the public, he said.