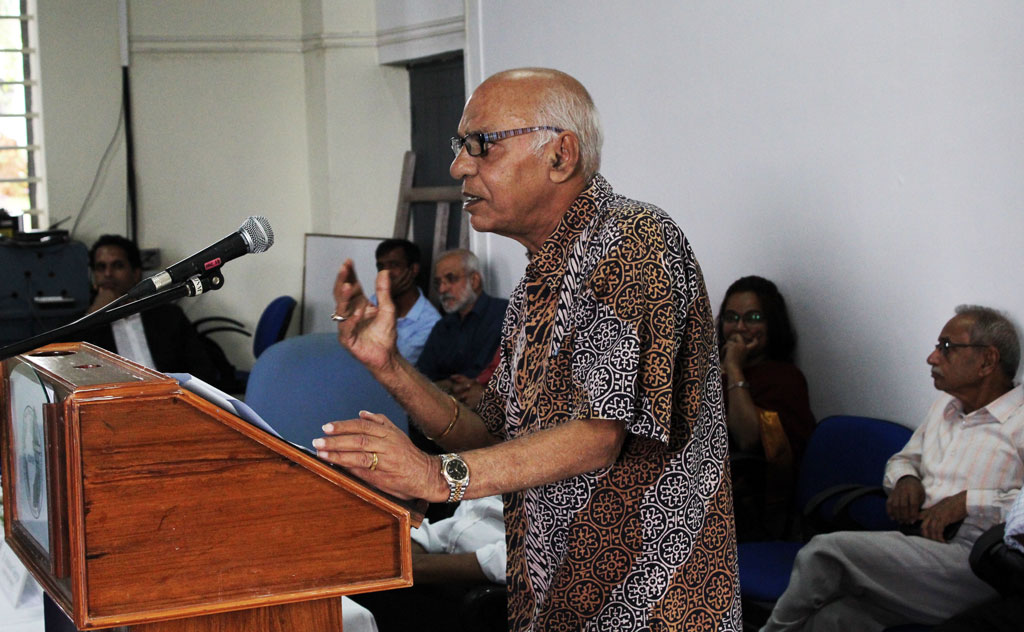 ‘Have fun during work,’ former Editor of The Week tells IIJNM students

Former Editor-in-Chief of The Week TR Gopalakrishnan asked young trainee journalists to stick to their ideals “in these times where negativity was being hurled from all sides.” He advised students to enjoy the lighter moments they might encounter during the course of work, and narrated one of his own such experiences, leaving students in splits. While covering Assembly elections in Bihar, Gopalkrishnan took a ride on a helicopter with then Chief Minister Lalu Prasad Yadav, who was touring some villages. When the pilot couldn’t find a particular village, Lalu reportedly asked the pilot to land the chopper and ask someone.

Mr. Gopalakrishnan was speaking at the inauguration of the new academic year at IIJNM, Bangalore.

During his term as Editor-in-Chief at publication ‘The Week,’ Gopal​a​krishnan successfully made the transition to online journalism and told the students whatever technology was adopted for work, the basics remained the same. He stressed on the need for journalists to have good language skills, and said, “There is no formula for it, just read and write as much as possible.

Addressing another important aspect of journalism, the veteran journalist said developing a specialisation in an area of work was important. Another crucial quality in a journalist, he said, was the ability to mine data from documents. He evoked English author George Orwell’s (1984, Animal Farm) famous quote to indicate the kind of journalism students should strive for — “Journalism is printing what someone else does not want printed, everything else is public relation​s.”

Referring to the time students would have to spend in a rural area for their ​capstone project, Gopalakrishnan said, “Great stories are waiting to be uncovered there, and it is just not true that such stories don’t sell. There is a tendency to think that only negativity sells, but there are enough examples to refute that.”

He gave examples of some of the biggest investigative stories broken by Indian media and the impact they had generated, and said he hoped such stories encouraged students to carry out similar work. “And there are no constraints now, for in the social media and cyberspace, nothing is not news,” he concluded.

Dr Abraham George, Founder and President of IIJNM, also addressed students. He narrated the story of how the institution came into being.
​He asked students to be fair to their audience. “People, not media, should decide what they want to know,” he said.