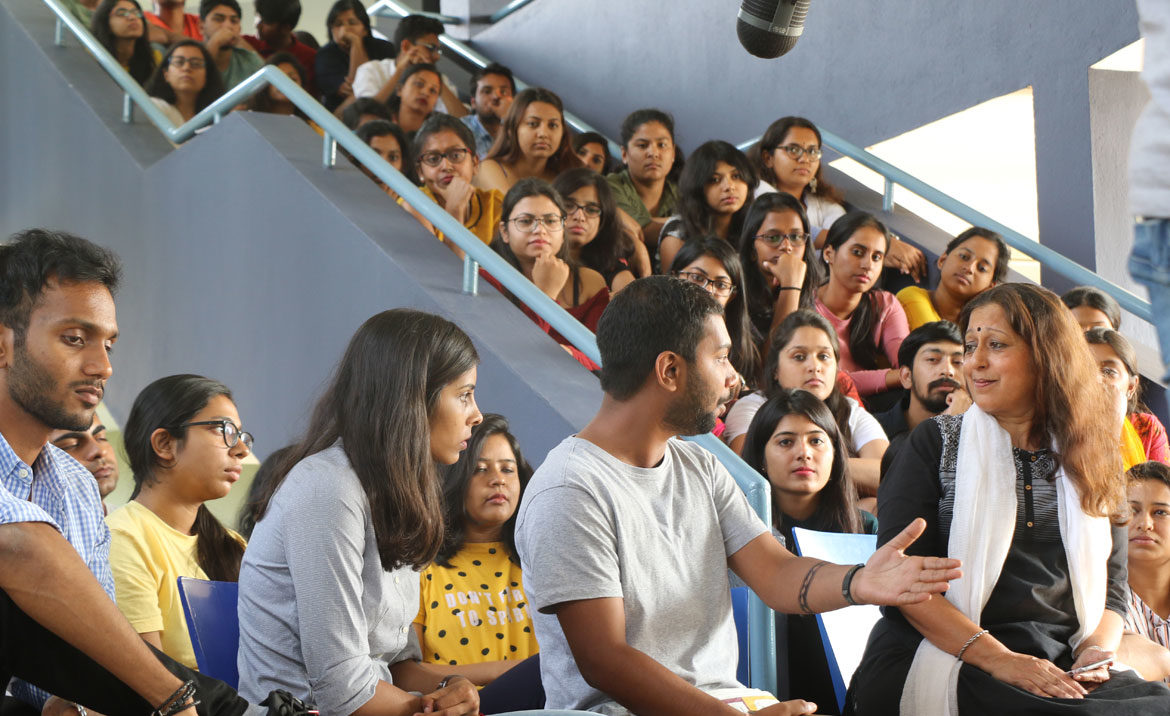 NDTV records at IIJNM on the MeToo movement

The world is witnessing unfolding stories of sexual harassment of women, everyday. Along with #MeToo flooding on news papers, news channels, Facebook and Twitter timelines of people around the globe, India is fighting against sexual assault in work place with its own #MeToo movement. Many veteran journalists, film and television stars have been accused of sexual harassment by their colleagues and sub-ordinates.

NDTV visited Indian Institute of Journalism and New Media (IIJNM) on October 10, 2018, to learn students’ views on the matter and to record a special show on it.

“Women from around the country, have been coming out and talking about the sexual harassment, the sexual violence that they have faced, in their work space, as part of their profession,” said NDTV Editor, Maya Sharma, on starting the show.

Students talked about what mattered to them in the campaign. “Women are coming out now and what matters more is that they keep coming out because there are any number of cases which have gone unreported for the past many years,” said Pranay Prakash. “I think social media is a platform and it started with a movement. If the government and media are noticing it, it will be noticed all the more further and it will be taken forward,” added Surbhi.

The show raised various questions related to gender dynamics and journalism students’ concern over what is happening in their profession.