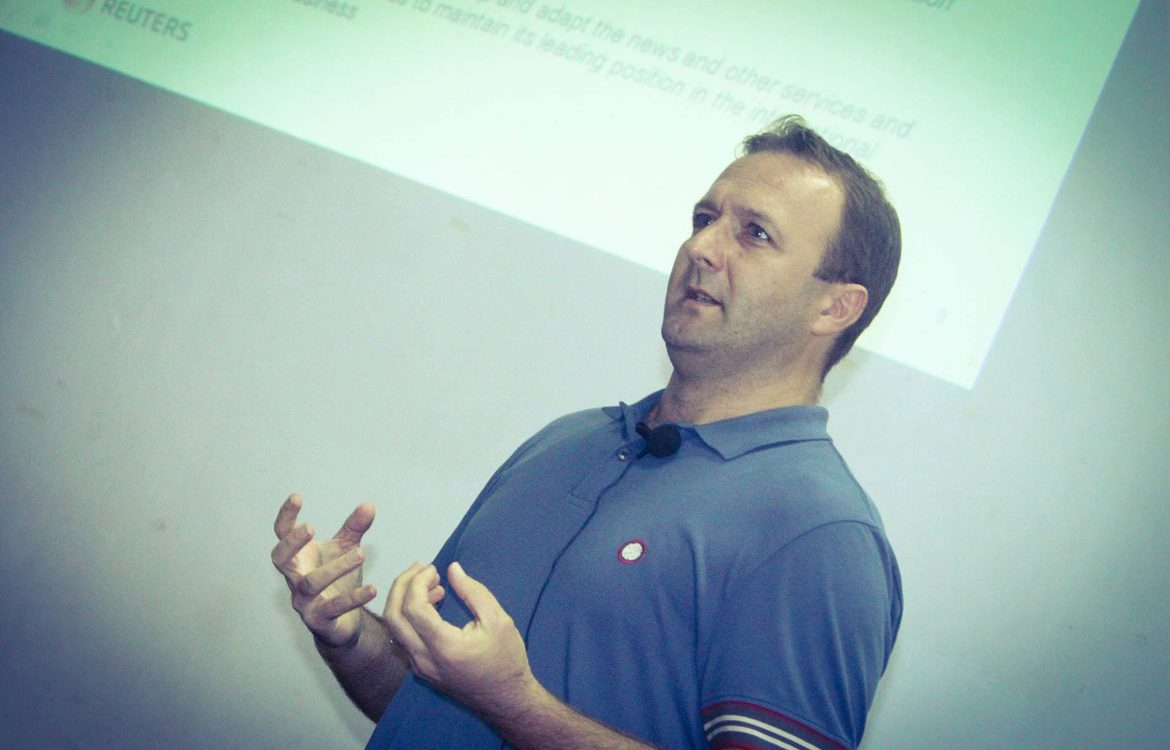 The world’s greatest news organisation is one without bias said Robin Paxton, Bureau Chief for Reuters, while addressing the students of IIJNM on Friday.  In his lecture that mostly revolved around Reuters and its inner workings as the world’s largest online news media, Mr. Paxton accustomed the students with the mission and vision of the organisation.

With the help of a presentation, Robin Paxton along with Supriya Kurane, Training Editor at Reuters Bangalore, walked the students through the timeline of the organisation which showcased some of the most famous cases in history that Reuters broke first. Mr. Paxton said that the nature of journalism for Reuters has changed over the last 5 or 6 years where the organization has taken up a more investigative role. He also talked of his own experience with the same where, while at Russia, the Bureau ran a series of stories on Vladimir Putin’s money which demanded investigative reporting.

Ms Kurane also intimated the students with what is known as EIKON which is software used by professionals to monitor and analyse finance. The students also got to know learn about how a typical day in the Reuters newsroom runs like along with the nature of work that a Reuters employee at the Bangalore Bureau has to do.

The floor then opened up for a question and answer session where the students got to ask questions which mostly revolved around the nature of job, the hiring process, internships and recruitment.