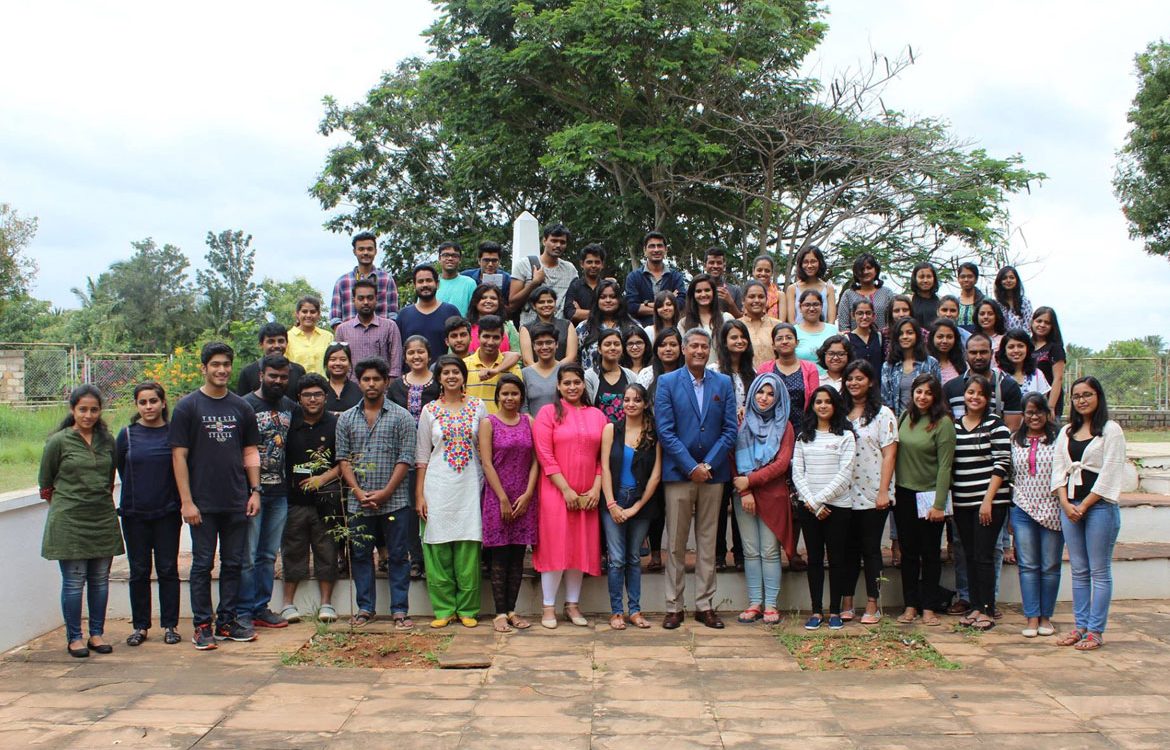 Addressing an auditorium full of budding journalists at the Indian Institute of Journalism & New Media, Mr. Stanley Gomes, Consul and Senior Trade Commissioner of South India, spoke about the value of action in the current times. He impressed upon the students the need to lay down core values to live by which would guide us in the right direction.

“Power is your ability to do something with perfection…if you want to do something meaningful in your life get into the habit of doing it to perfection.” He stressed on the importance of evaluating life goals and then taking the necessary steps to bring them to fruition. Curiosity is more powerful than knowledge and one needs to be curious to be a better journalist. He also spoke about how each of us had to step out of our comfort zones and think of the bigger picture and where our actions stand in the grand scheme of things.

Mr. Gomes asked the Trainee journalists to acquire the basic skills and build upon them. The only way to get somewhere is to get up and start walking. “People who are really good at what they do, do it all the time”. He also went on to elaborate how deep and meaningful relationships matter on the long and tiring road to success. According to him, people who shaped the world were the ones who cherished the bonds they made.

On being asked what memories of India he was taking with him, he said “It’s a total rollercoaster of emotions. India is a 1.2 billion experiment that cannot go wrong. An unsuccessful India means an unsuccessful world.”  Mr. Gomes kept coming back to significance of doing instead of thinking and how it was the one thing a journalist must always adhere to.

It was Mr. Gomes’ relaxed and friendly style of speaking that gave the students more confidence to interact freely with him and he took all questions aimed at with seriousness and sincerity. The address wrapped up with a memento presented to him as a sign of appreciation for sharing his valuable time with the students at IIJNM.