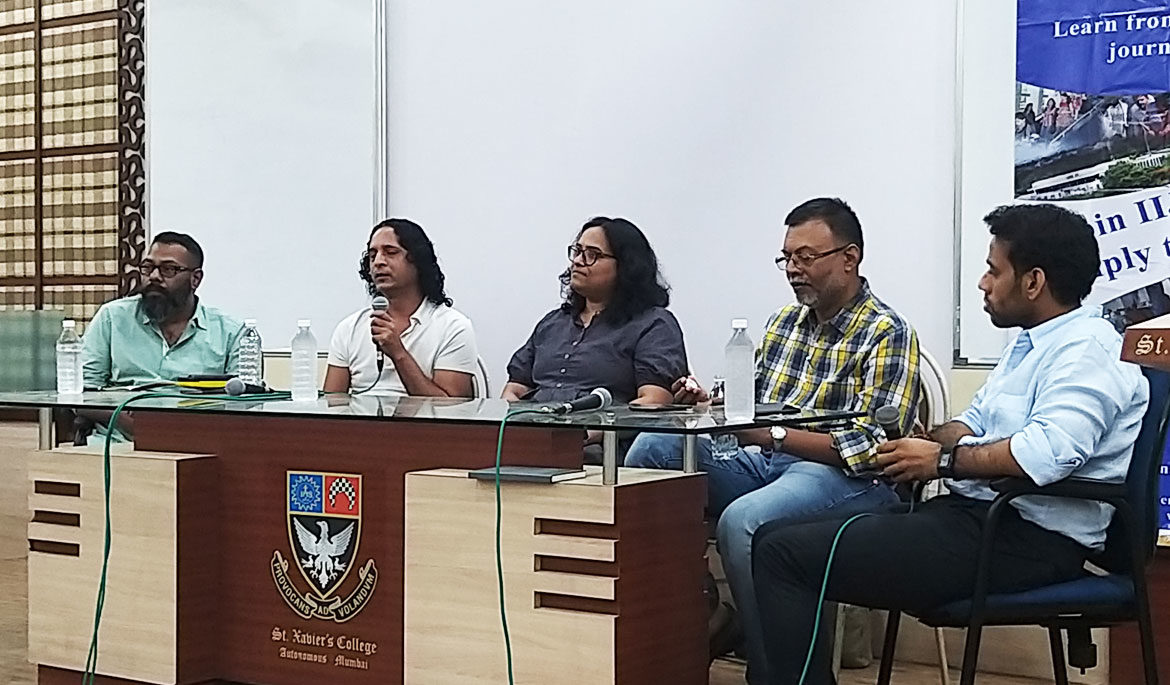 The panellists at the discussion on ‘Traditional Media in the Age of Twitter’ agreed that the traditional media has now assumed a new role: that of combating fake news, thus enshrining its role as the watchdog of democracy. Krishnakumar Padmanabhan, Deputy Editor at Midday, Mumbai, focused on the benefits of social media proliferation and stated that, while traditional media should consider social media as a value-addition, it will always rule the roost when in-depth reporting is considered.

IIJNM organised the panel discussion in partnership with St.Xaviers College, Mumbai on 27 September, 2019. The panel had eminent journalists exchanging their views on the future of traditional journalism and the impact of fast-paced social media platforms like Twitter.