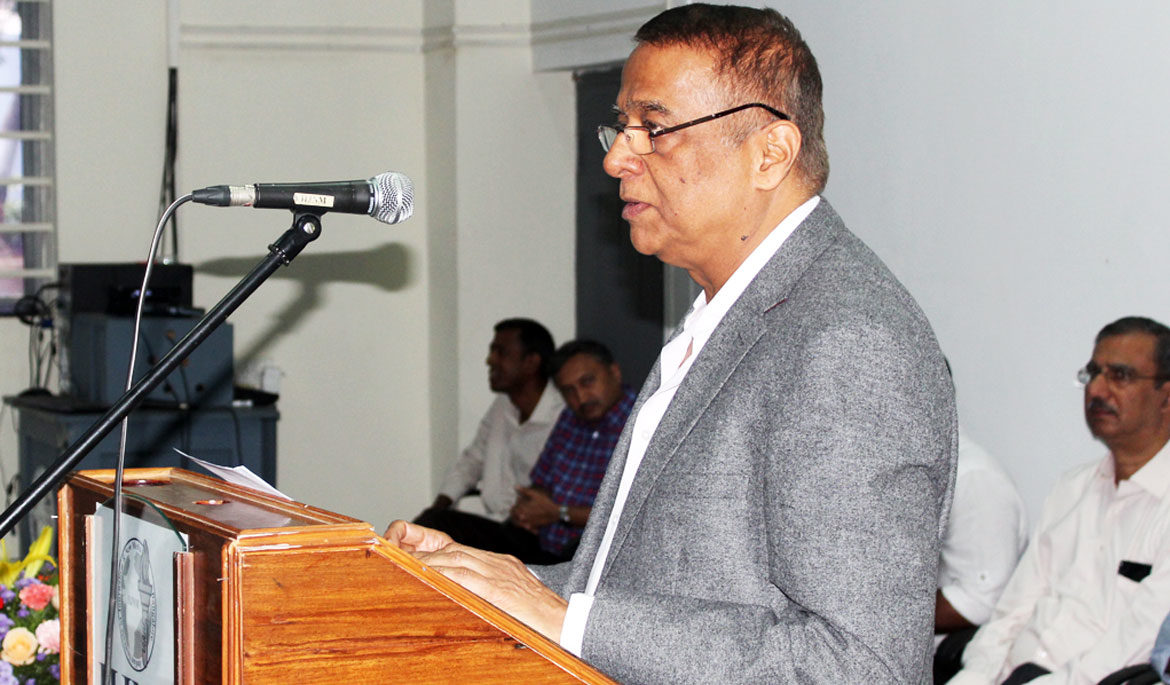 ‘Scribes need to follow changes; digital is the future’

The whole approach to news is changing and journalists need to keep up with the change, said Mr. K. N. Tilak Kumar, Joint Managing Director of the Printers (Mysore) Ltd., and former Editor of Deccan Herald and Prajavani.

Digital media has changed how and when we consume the news, he said, adding that deadlines are a thing of the past; media companies now run 24 hours, with content being consumed across the world in different time zones.

Mr. Tilak Kumar was inaugurating the new academic year at the Indian Institute of Journalism & New Media, Bangalore. He said that digital media was here to stay and was going to surpass conventional media in a short span of time. The Indian media is poised to thrive in the churn the industry is facing worldwide on the sheer strength of its vast and vibrant nature and the number of its digital citizens, he added. Every media company is focusing energy on digitizing content and there is a huge, new industry providing jobs for journalists and technically qualified people, Mr. Kumar said.

He explained how even as the circulation of newspapers and their revenue from advertisements are declining, the consumption of news is on a rise. Kumar, who is credited with the expansion of Prajavani in the rural pockets of Karnataka, said circulation of vernacular publications is growing in India.

However, Mr. Kumar pointed out that journalism is not merely a profession, but an attitude to life and to the world around. He also touched upon the basics of journalism, underlining that they stay the same regardless of the mode of dissemination of news. He said hard work, command over the language and a nose for news are imperative for one to be a good journalist. He exhorted trainee journalists to be curious about the world and to work hard and smart, as well as build an analytical mind. Credibility is an important trait that a reporter needed to maintain, Mr. Kumar said.

IIJNM founder-president Dr Abraham George exhorted the youngsters to chase the kind of stories that have an impact on the masses. Journalism, he said, is a noble profession. “It impacts life because it impacts policy,” Dr. George said.

“We are used to the system, we accept what the government says. We need to have a participatory government; that’s where you come in,” he said. “Politicians shouldn’t be able to hide behind national interest if it’s not in the society’s interest.”