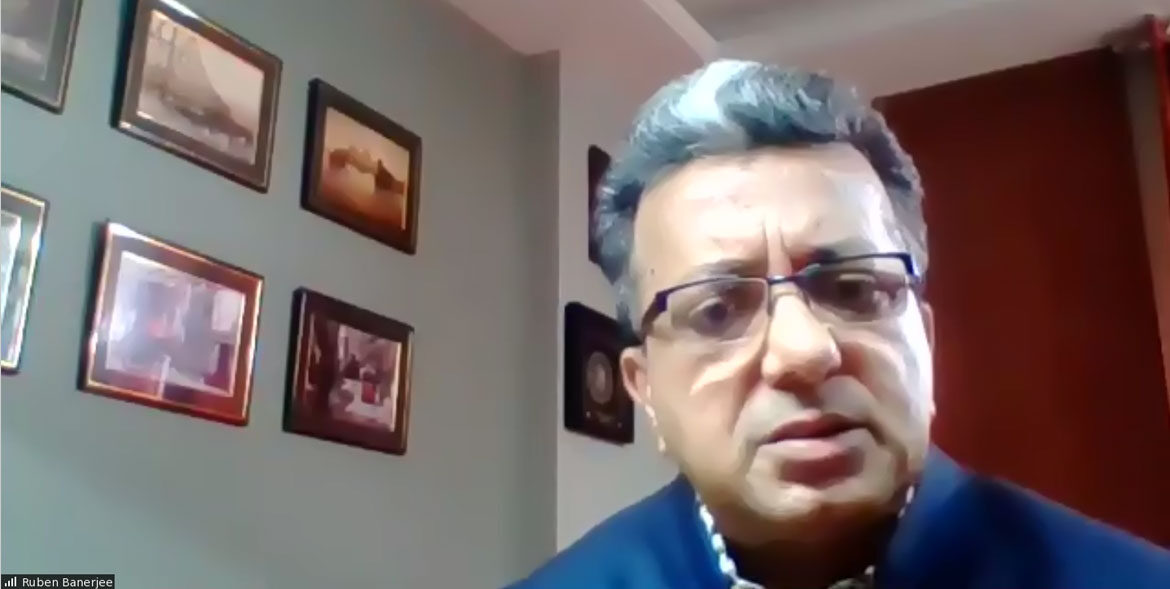 We need to fix our moral compass: Ruben Banerjee

Journalism is under attack from within in India; it is a divided house and needs to be put in order.

At the second consecutive online graduation ceremony of Indian Institute of Journalism and New Media, (IIJNM) Outlook Magazine’s Editor in Chief, Ruben Banerjee warned students of the hard times ahead, and gave them the tools they need to face the world outside of school.

“The real world will test you in every possible manner. There is a tremendous degree of hostility and a lack of respect for journalists today,” said the Convocation Speaker.

He said that given the current circumstances, students must accept that they will get lesser salaries than they deserve. A slowdown in the market, dwindling ad revenue and people’s unwillingness to pay for content has resulted in falling standards of journalism, he said.

“That’s why noise is substituting news. Spectacle has replaced substance,” he said.

He warned that if news channels continue to be partisan in their coverage, convert every headline to breaking news, the media’s standards will continue to fall. He urged the young journalists to be cognizant of this as they enter the industry.

“Journalism is under attack from within,” he said. Even if media’s revenue model improves, and salaries rise, “everything is going to be in vain if we don’t put our house in order.”

He referenced media’s handling of the death of Sushant Singh Rajput last year, Bangalore’s mass-molestation episode on the new year’s eve of 2017, among other incidents, to highlight the industry’s sub-par standard of journalism.

He urged the students to remember to be good human beings, and anchor their moral compass, so they could become better journalists.

In his sobering speech, he emphasized that the world will always need journalists, and that no technological advancement could replace the value that a journalist brought to the table.

Banerjee, a self-taught journalist, asked students to be smart, clever and intelligent in the real world, besides being honest and hardworking.

“When it’s time, do what you have to do. Throw a punch—don’t duck. Put your head down until it’s time to throw another punch,” said the editor of the magazine whose recent edition with a “MISSING” cover, called out the government’s manner handling of the pandemic.

President of IIJNM, Dr. Abraham George told the graduating batch that they were the guardians of democracy. Warning that there was a danger, all over the world, that autocracy would take over democracy, Dr. George said that democracy could be protected by its fourth pillar—journalism. Journalism was a great institution he said, in that it ensured that the voice of the people was heard and that rule of law prevailed.

He expressed pride in the graduating batch and said that they would be among the people who would decide the form of government India would have in the future.

By Krithika B K 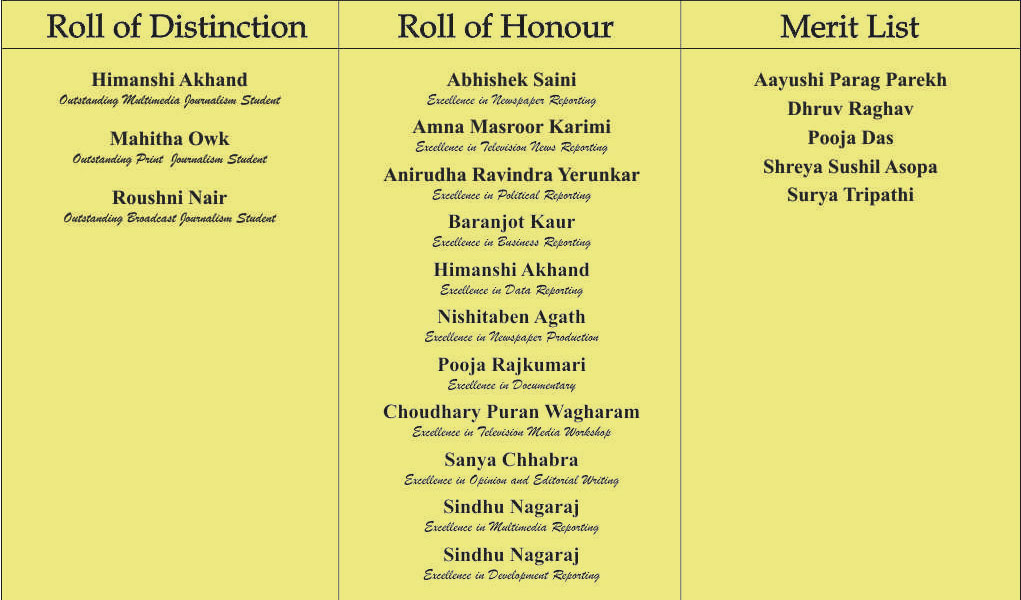