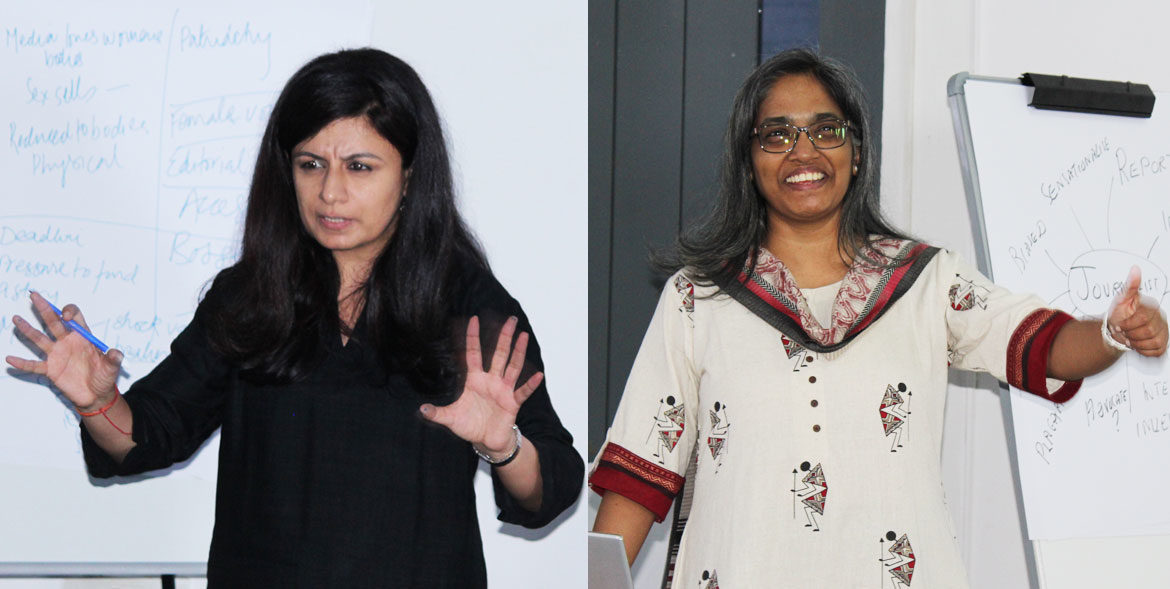 Several working journalists from prominent media houses, and students from various colleges in Bangalore went through a sensitization workshop for reporting on Violence Against Women and Girls (VAWG).

The workshop was jointly organized by the Indian Institute of Journalism & New Media, the British Deputy High Commission, Bengaluru, and the Thomson Reuters Foundation. The two-day workshop, held on December 4 and 5, 2018, provided the participants with tools and tips for sensitive and objective reporting of Violence Against Girls and Women.

Rosemary Arackaparambil from Thomson Reuters Foundation and Anubha Bhosale, formerly of CNN-IBN spoke to the participants about the need to for empathy and sensitivity in their reportage of VAWG. The first day witnessed the participants discuss the difference between gender and sex, sexual harassment and rape. They shared their views on the pervasive nature of abuse, researched topics like sexual harassment in the society and engaged in a role play activity to understand the do’s and don’ts while reporting VAWG.

Anubha Bhonsle spoke of the need for sensitivity training for journalists and discussed the major roadblocks to good reporting of VAWG in the media today.

Prajwal Bhat, a participant who works for The News Minute said, “The workshop was informative and as a journalist who covers violence against women, it has made me introspect about my own reactions to what I observe on the field.”

The workshop was followed by a panel discussion on December 5, evening. The panel asked whether the media can turn the spotlight inwards and change the way it covers VAWG, and women’s issues.