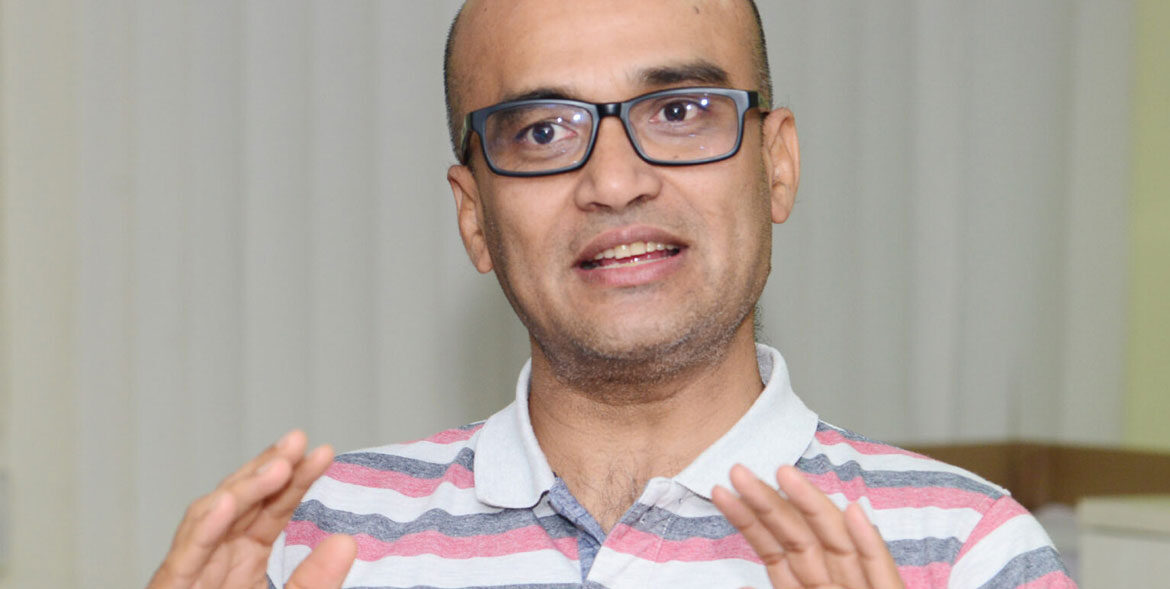 I am neither right, left, nor straight: Vasudhendra

“I will keep talking about LGBTQ+ till the day families normalise gay marriages,” said Kannada writer and LGBTQ+ activist Vasudhendra.

Kannada Sahitya Academy Book awardee and author of 15 books was addressing the students of IIJNM Bangalore on January 16, 2021, about his 2013 released anthology “Mohanaswamy.”

After hiding his sexual preference for three decades the author decided to reveal his sexual identity with the release of this book. Unable to sleep for weeks, he decided to pen down his story in a fictional character named Mohanaswamy.

Mohanaswamy is one of the first books in Kannada literature which portrays homosexuality. “A book can bring name, fame, and other opportunities. But this gave me back my life,” he said.

He spoke about the difficulties a homosexual has to face in Karnataka and its debasing gay culture. He pointed out how there is no proper translation of the word “gay” or “homosexual” in Kannada and that’s where the problem lies. He remembers how once the book was out people started substituting the gay with Mohanaswamy and how it is the start towards recognising this community.

He adds how Mookajjiya Kanasugalu by Shivaram Karanth shows two men having a sexual relationship as the greatest sin in the human clan. “Imagine a kid of 13-14 year old who has just realised his sexuality, and reads being gay is vile and degenerate.” A lot of Kannada Jnanpith awardees have written, “If you like a man, it’s because you don’t have a woman in your life,” he added.

Recalling a friend’s comment on whether if the gay virus bit him during his visit to the United Kingdom, he said, “As long as humans exist, this minority group of homosexuals will also exist. It does not depend on time, location, or culture.”

After Mohanaswamy got published, the author had to hear comments like “You are successful because you are gay.” People also came out saying that, they are glad their son is not Mohanaswamy. However, his book reached out to a large number of people, particularly the LGBTQ+ community in the rural parts of Karnataka.

Most of them told him that he had written ‘their story’ and they felt confident about their identities today as gay men.

Vasudhendra felt there was a huge need for counselling amongst individuals in rural India. He pointed out that many doctors and psychiatrists are homophobic themselves. So he decided to help out people by becoming a professional counsellor himself.

Summing up the session, he said, “Lack of knowledge develops phobia. Media should talk more about the LGBTQ+ community.”